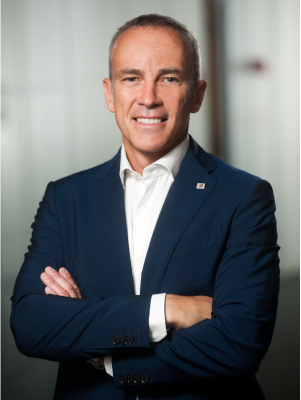 As President and CEO, Ferrari leads the growth strategy for Bridgestone in the Americas with a focus on helping achieve the company’s vision to be a leader in mobility and solutions.

Ferrari began his career in sales management at luxury brand Zegna in New York in 1994, rapidly gaining experience in sales, marketing and project management. Over the following years, he built his expertise in finance, general management and technology, first at Credit Suisse First Boston in London and then at Kataweb, the Internet company of Gruppo L’Espresso. From 2002 to 2011, he took on a series of CEO roles within TIM (Telecom Italia) Group in Italy, Germany and France and managed assets in Latin America and Southeast Asia. His business development acumen brought the Group key strategic gains through skillful turnaround of key enterprises.

As a result of his global exposure, multi-industry business development expertise and deep understanding of the American market, Ferrari was appointed Chairman and CEO of Pirelli North America in January of 2012 and later CEO of Pirelli Latin America. Through these roles, he built his expertise in tires and automotive and achieved double-digit growth and market leadership.

In 2016, Ferrari joined Bridgestone as CEO and President of Bridgestone Europe, Middle East, India and Africa (EMIA). While in this role, he focused on R&D investment, product development, distribution expansion and digital mobility solutions while putting the customer at the center of his strategy.

Ferrari earned his bachelor’s degree in business and economics from the Milan Bocconi University and an MBA from the New York University Stern School of Business. 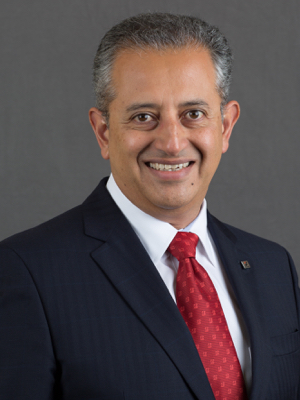 Prior to returning to Bridgestone Americas in April 2020, Asbun served for 2 years as CEO of the Bridgestone China and Asia Pacific (BSCAP) business and was based in Singapore. As CEO of BSCAP, Asbun was responsible for the corporate governance structure and operations across all markets in the China and Asia Pacific region, and had full accountability for overall business performance. He also led strategy and oversight for the Sales and Marketing, Logistics and Supply Chain Management, and IT functions, which encompassed 12 sales and manufacturing companies, 13 tire manufacturing plants and proving ground facilities in China, Thailand and Indonesia. He has experience working across the Bridgestone enterprise, having previously served for 5 years as President of the company’s Latin American operations when he joined the company in November of 2012.

Asbun has broad experience in cross-cultural, multi-lingual, multi-regional business management. Prior to joining Bridgestone, Asbun spent 12 and a half years at the Kellogg Company, most recently serving as President of the company’s Mexico Business Unit. From 1990 to 2000, Asbun worked for strategy-consulting firm, Booz Allen & Hamilton, assisting companies in developing business strategies and transformational initiatives throughout Latin America.

Asbun holds a bachelor’s degree in Mechanical-Electrical Engineering with a concentration in Industrial Engineering from the Universidad Panamericana in Mexico City where he graduated with Honors. He has an MBA from The Wharton School at the University of Pennsylvania. Asbun is fluent in Spanish, English and Portuguese with a basic knowledge of French. 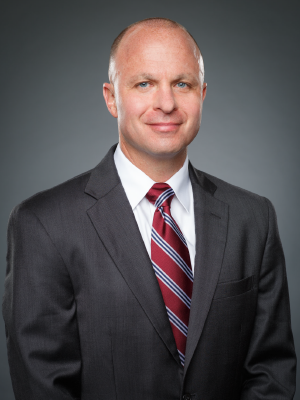 Scott Damon was named Chief Operating Officer, Bridgestone Americas in June 2021. In this role, he is responsible for the Core Tire Business, including Consumer Replacement and Consumer OE and TBR Replacement and TBR OE as well as responsibility for the OTR, Ag and Latin America businesses. Additionally, Scott will retain responsibility for Manufacturing, LSCM, Quality and Procurement. In addition, Damon serves as Vice President and Senior Officer of Bridgestone Corporation and Member of the Board, Bridgestone Europe, Middle East, India and Africa

Damon previously served as Group President, Operations for Bridgestone since 2019. In this role, he was responsible for the strategic focus and integration of the company’s end-to-end supply chain. Prior to his role as Group President Operations, Damon served as President, Commercial Group, U.S. and Canada, Bridgestone Americas Tire Operations (BATO), where he oversaw all business operations within the commercial tire portfolio including Truck and Bus (TBR) tires, the company’s Bandag retread business, Firestone Agricultural tires, Off-the-Road (OTR) tires and the commercial retail operations of GCR Tires & Service.

Damon graduated from Carnegie Mellon University with a bachelor’s degree in mechanical engineering. He earned an MBA from Frostburg State University and completed certificate studies in Executive Leadership and Management at the University of Notre Dame. 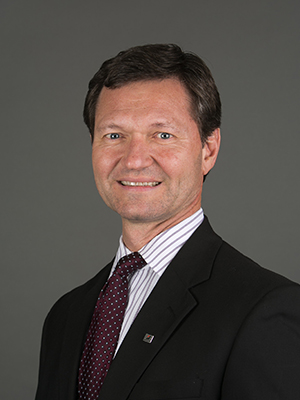 Prior to accepting his global roles, Higgins was Group President for the Americas Tire Business of Bridgestone Americas. In this role, he was responsible for leading all sales-related activities across the company’s consumer and commercial tire businesses.

Higgins joined Bridgestone Americas in 2014 as President of the Consumer Integrated Tire Group, where he set the growth strategy for the company’s consumer tire business in the U.S. and Canada, leading the teams that manage tire sales for the original equipment and replacement segments. He also oversaw Bridgestone Retail Operations, the world’s largest network of company-owned tire and automotive service centers, and the Bridgestone consumer credit lending business, Credit First National Association (CFNA).

Before joining Bridgestone, Higgins served as the North America Regional President for Pfizer Consumer Healthcare where he was responsible for leading the operations of recognizable brands and products such as Advil, Centrum, ChapStick, Robitussin and Emergen-C. He also previously held leadership positions at Merck and Vlasic Foods. 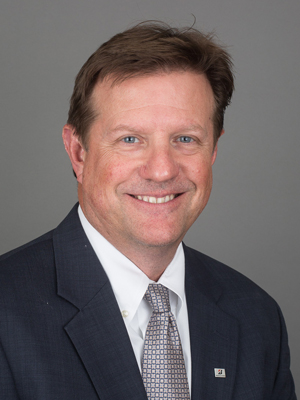 Philip Dobbs is Chief Marketing Officer and Executive Vice President for Bridgestone Americas Tire Operations. In this role, Dobbs leads the integrated marketing strategy for the company’s consumer and commercial tire businesses in the Americas, and for Bridgestone Retail Operations.

Since joining the company in 2011, Dobbs has been instrumental in leading the company’s efforts to be more consumer-centric and strengthen the Bridgestone and Firestone tire brands. He has elevated the company’s brand-building initiatives by delivering fully-integrated, award-winning campaigns that leverage consumer and customer insights, advertising, digital marketing, sponsorships, retail marketing and more. Dobbs also has been involved in shaping Bridgestone’s Worldwide Olympic Partnership activation efforts both in the U.S. and on a global basis.

Prior to joining Bridgestone, Dobbs was Chief Marketing Officer at TruGreen, a national leader in commercial and residential lawn and land care and part of the ServiceMaster Company. He has also held Senior Marketing and Management positions at KRAFT Foods, Pfizer and Fruit-of-the-Loom.

Dobbs completed his undergraduate work at the United States Naval Academy and served as an active duty line officer for six years. He earned his MBA from the Fuqua School of Business at Duke University. He serves on the board of directors for the Nashville Predators Foundation. 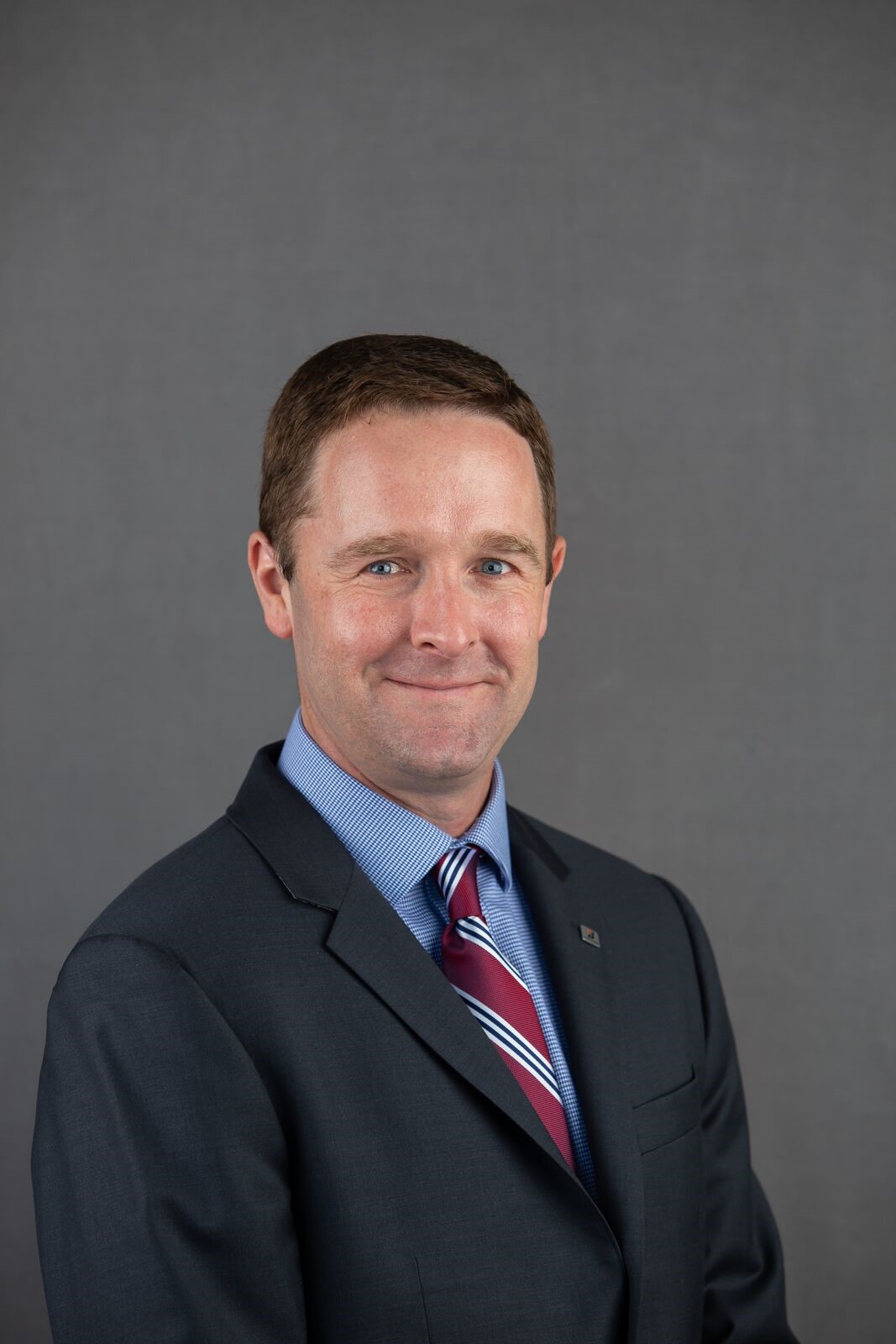 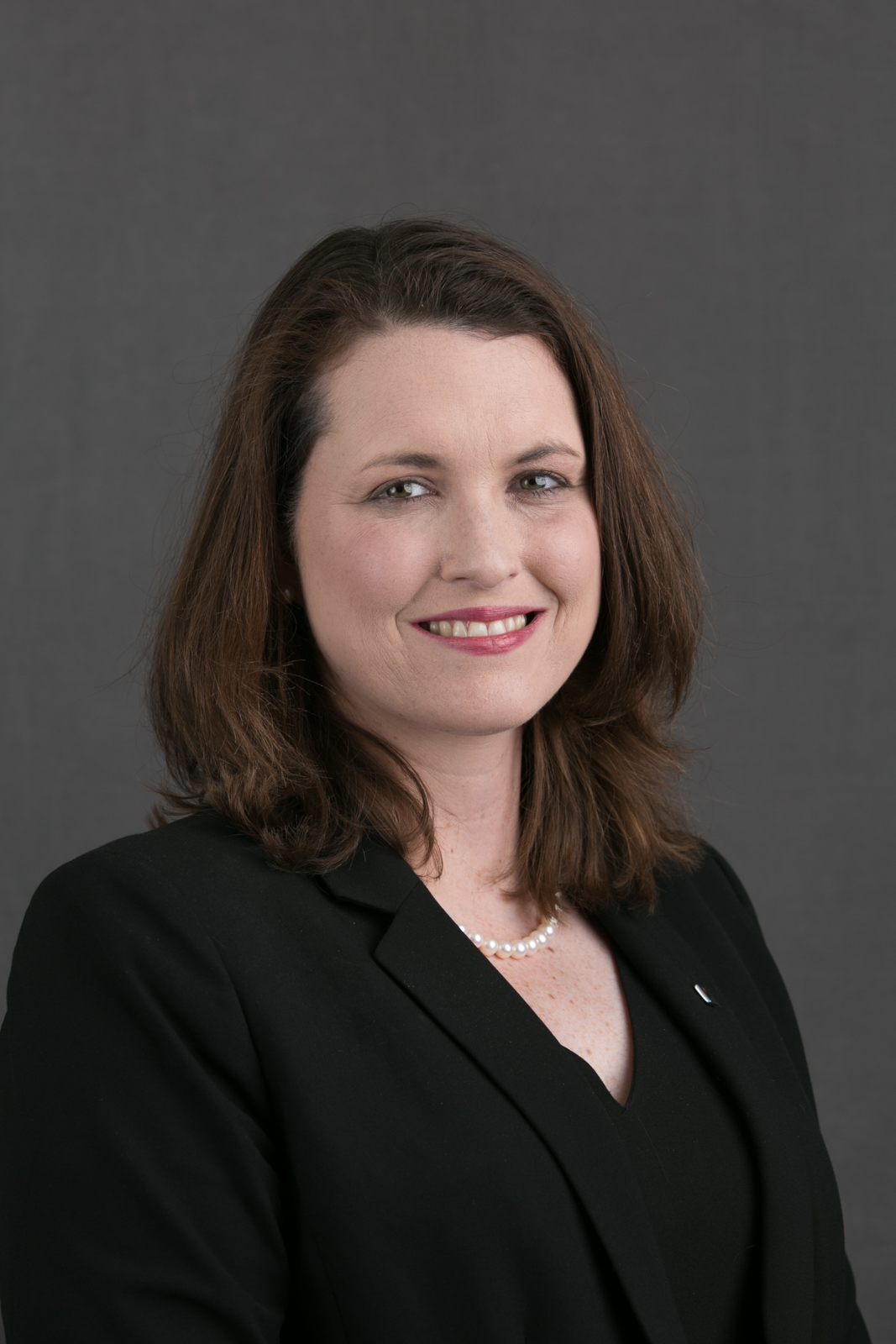 Mathis received a 2016 Women of Influence Award from the Nashville Business Journal and serves on the board of directors for the Tennessee Breast Cancer Coalition. She graduated from Emory University, double majoring in business and economics with concentrations in finance and marketing. 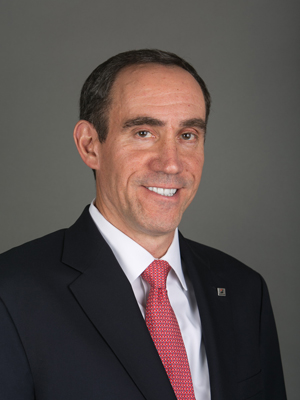 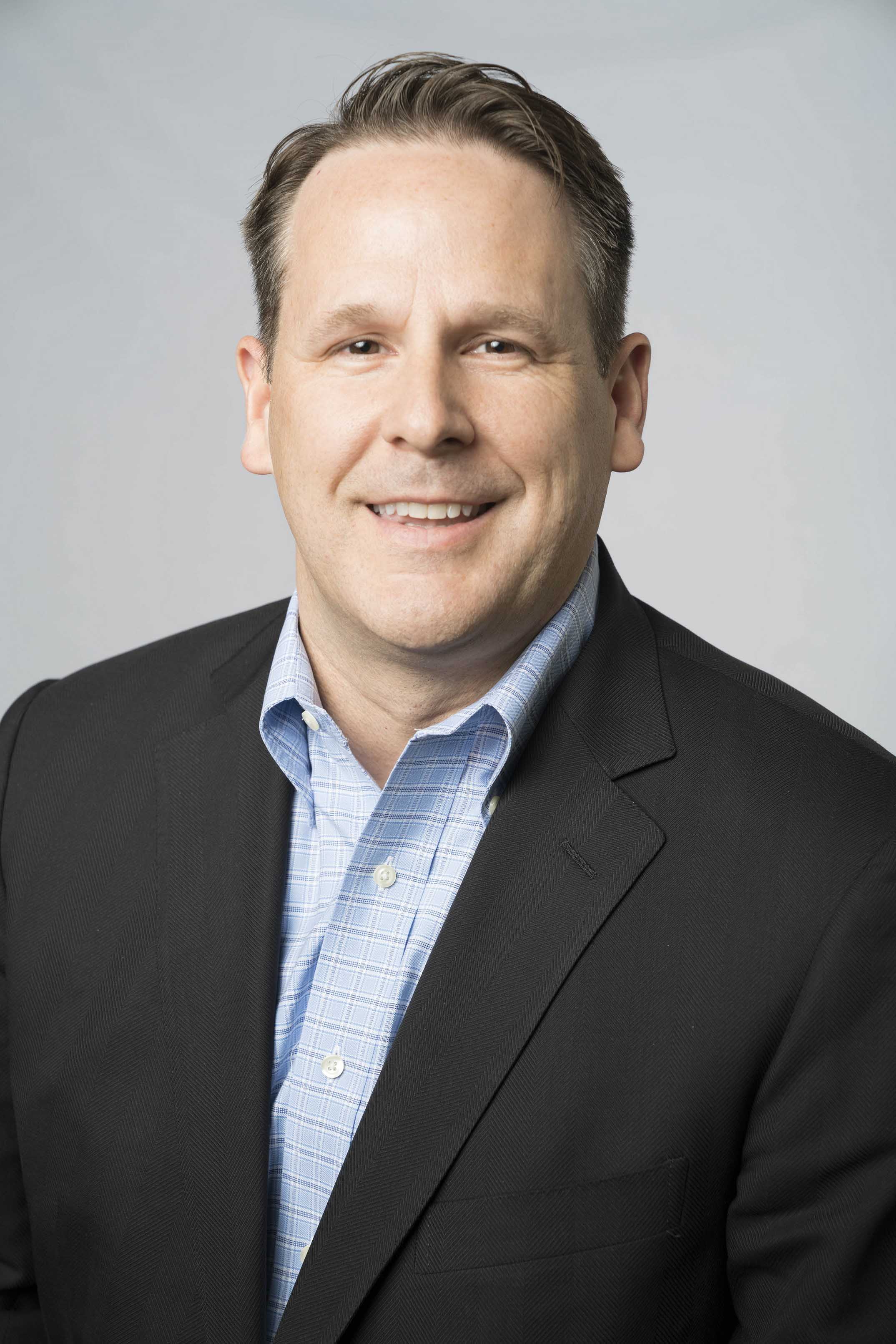 Craig Schneider was named Chief Strategy Officer, Bridgestone Americas in June 2021. As Chief Strategy Officer, Craig is responsible for supporting the evolution of our business from a tire company to an advanced solutions and sustainable mobility company through the strategies outlined in the company’s Mid-Long Term Business Plan, including reshaping the portfolio and partnership development.

Previously, Schneider served as President, Enterprise Strategy, Corporate Development and Diversified Products, Bridgestone Americas beginning in  March 2020. In this role, Schneider had responsibility for Enterprise Strategy, Portfolio & Analytics, Mergers & Acquisitions, and Strategic Initiatives. He was responsible for  delivering ideas and initiatives that align with the company’s strategic priorities and to facilitate investment of resources in high growth areas. 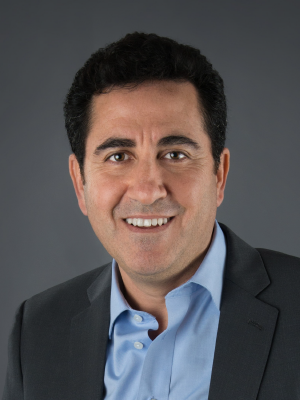 Nizar Trigui was named Chief Technology Officer (CTO) of Bridgestone Americas in March 2017, and expanded his role to include Group President, Solutions Businesses, Bridgestone Americas in June 2021. As CTO and Group President, Solutions Businesses, Trigui leads research and development efforts, is building a business-first approach to innovation and has responsibility for Mobility Solutions, IT and Circular Economy, in addition to R&D, Technology and all Akron-based operations. He is accelerating the commercialization of technology products, services and solutions to bring new ideas to market and fuel business growth.

Nizar joined Bridgestone from DURA Automotive where he most recently served as CTO and Executive Vice President leading corporate product strategy, technology portfolio and global product development.  Prior to DURA, he held a series of executive positions with Ford Motor Company in the U.S. and Jaguar Land Rover in England.

Trigui earned his bachelor’s degree, master’s degree and Ph.D. in mechanical engineering from The Ohio State University.  He also received executive training at the Yale University School of Management and is a two-time winner of the prestigious Henry Ford Technology Award.