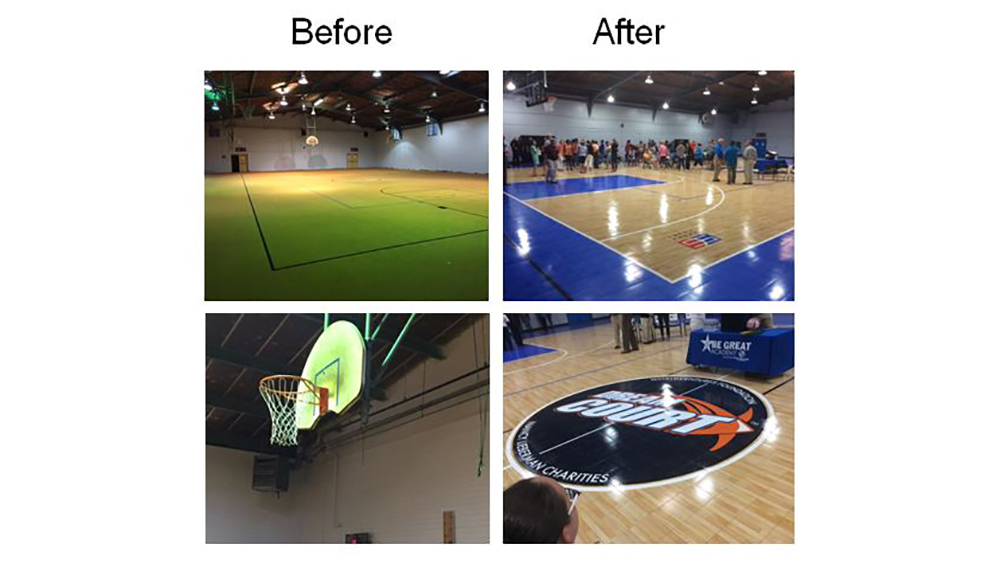 The kids who attend the Boys & Girls Clubs of America (BGCA) location at the Jackson Teen Center in Camden, South Carolina love playing basketball, but the court at the Center had long been in need of an overhaul. Thanks to a national charity, BSRO and other community partners, that overhaul recently became a reality.

A few weeks ago, a brand new DreamCourt was installed at the Center, partially funded by customer donations in BSRO stores during 2016. Those donations were converted into BSRO grants disbursed by BGCA to local Clubs across the country, resulting in a $9,000 grant to the Teen Center, which was put towards the total cost of the court. Longstanding BSRO partner Advance Auto Parts donated an additional $1,000 to the project. Columbia Region Manager Tammy Braun, who is a board member of her local BGCA organization, attended the ribbon cutting along with Area Managers Melissa Yezbak and Jimmy Holloman.

A combined project between Nancy Lieberman Charities and WorldVentures Foundation, DreamCourt's goal is keep children off the streets and to provide them with a safe and competitive environment.

​This summer marked the beginning of year two of BSRO's national cause marketing partnership with Boys & Girls Clubs of America. One of the many ways the company is striving to become the most trusted provider of automotive service in communities nationwide is by supporting initiatives through BGCA that have a direct impact at the local level, like the installation of this new basketball court. BSRO is proud to have a role in providing many enjoyable hours of active play for the kids and teens who attend the Jackson Teen Center.