"With more than 15 years of finance and operations leadership experience in the automotive and retail industry, Robert’s background will be critical to helping BSRO reach our 2021 goals – and beyond,” said Marko Ibrahim, president, BSRO. “Early in his Bridgestone career, Robert led the BSRO finance team, giving him incredible insight into our unique retail business. This understanding will serve him well as he assumes operations leadership and oversees our amazing team across the U.S.”

In his new role, Robert will oversee operations for BSRO’s 2,200 company-owned tire and automotive service centers to create an exceptional experience for BSRO’s more than 20 million annual customers. Robert will also be responsible for managing a team of high-performing retail professionals and will play an active role on the BSRO executive leadership team.

Prior to joining Bridgestone, Robert spent more than six years at Advance Auto Parts. While there, he held roles of increasing responsibility including field finance manager, director of operations and director of finance. From 2013 – 2016, he was regional vice president of operations where he led a region team of 3,000 teammates across 185 locations.

With more than 15 years of finance and operations leadership experience in the automotive and retail industry, Robert’s background will be critical to helping BSRO reach our 2021 goals – and beyond. 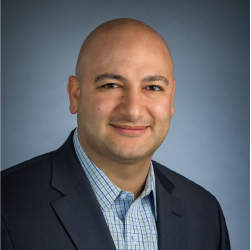 Bridgestone Retail Operations, LLC (BSRO) is headquartered in Nashville, Tenn. and operates the largest network of company-owned automotive service providers in the world — more than 2,200 tire and vehicle service centers across the United States — including Firestone Complete Auto Care, Tires Plus, Hibdon Tires Plus and Wheel Works store locations. Credit First National Association and Firestone Complete Fleet Care operations are also part of BSRO. BSRO is a member of the Bridgestone Americas family of companies.

If you’re a journalist with questions about this story or other company news, please contact Leslie Boehms.