Bridgestone Brazil  Bridgestone Brazil has announced a new investment in its tire manufacturing plant in the city of Camaçari, in the state of Bahia, Brazil. Following the increasing demand for high-tech and premium tires in the country, and important gains in market share in Brazil and South America, the company is announcing a total of more than R$ 700 million (approximately US$ 139 million) in the modernization and expansion of the plant, with an increase in it production capacity by more than 20%. The expansion will begin by the fourth quarter of 2021 and will create 420 new jobs in the region, between permanent and temporary positions.

“This investment is part of Bridgestone’s mid term business plan for sustainable growth in Brazil, focused on the premium tires market and production of tires for electric/hybrid vehicles, and reinforces our commitment and the strategic importance of Brazil for our company,” said Fabio Fossen, President of Bridgestone Latin America South. “I would also like to thank and recognize our valued customers and our incredible and dedicated employees, without whom this investment in Bahia would not have been possible,” complemented Fossen.

The plant expansion and modernization project include an increase in annual production from 3.5 million to 4.3 million tires, with new manufacturing technologies and the increasing application of Industry 4.0 concepts. In line with the company's vision to generate social and customer value, Bridgestone's Camaçari plant is gearing up for the growing demand for eco-friendly electric/hybrid vehicles, and the highperformance tires to equip them.

Opened in 2006, Bridgestone's plant in Camaçari, Bahia, employs more than 900 employees and benefits more that 400 people indirectly. It produces tires for passenger cars, vans, and pick-up trucks, intended for the original equipment Bridgestone do Brasil Ind. E Com. Ltda. Av. Jornalista Roberto Marinho, 85, 18º andar Cidade Monções – 04575-000 – São Paulo, SP – Brasilmanufacturers (OEMs), replacement and export markets. In 2016, 10 years after its inception, it underwent another expansion, and has received more than R$1 billion (approximately US$ 199 million) in investments since its inauguration.

In Camaçari, Bridgestone is also known for its social and environmental initiatives focused on generating a positive impact in the community where we operate:

Bridgestone Brazil (BSBR) is a Latin America South business unit and subsidiary of Bridgestone Americas Tire Operations Latin America, headquartered in Nashville, Tennessee. Leader in sustainable mobility and advanced solutions, Bridgestone Brazil develops, manufactures and markets a diverse portfolio of original equipment and replacement tires, tire-centric solutions and mobility solutions, which generate social value and customer value, through its production and sales units in the country. Guided by its global corporate social responsibility commitment, Our Way to Serve, Bridgestone is dedicated to improving the way people move, live, work and play and to building a sustainable future of mobility.

BSBR manufactures and markets a wide range of tire models and sizes for cars, vans and trucks, as well as for agricultural machinery and off-road vehicles. The company has two tire factories, in Santo André (SP) and in Camaçari (BA), and two Bandag tread factories, in Campinas (SP) and in Mafra (SC), all of them certified and having received awards in several quality, safety and environmental categories. BSBR markets its products through a large network of poin 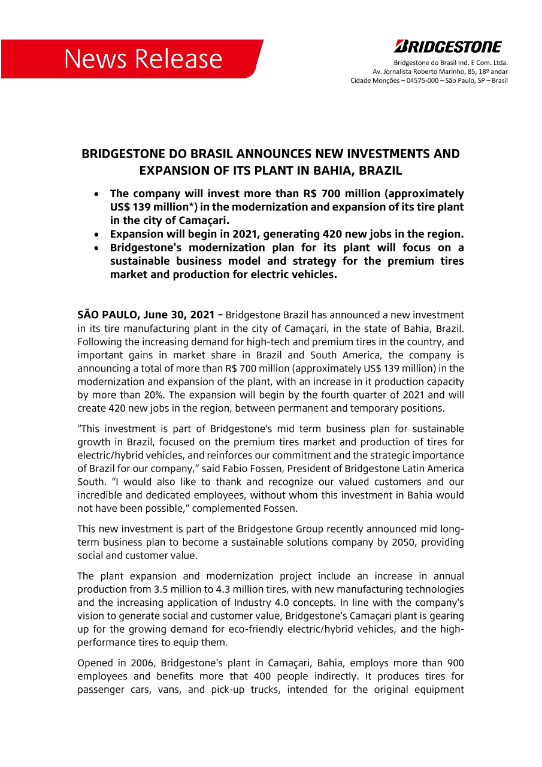 PHOTO | Image of the facade of the Camaçari plant 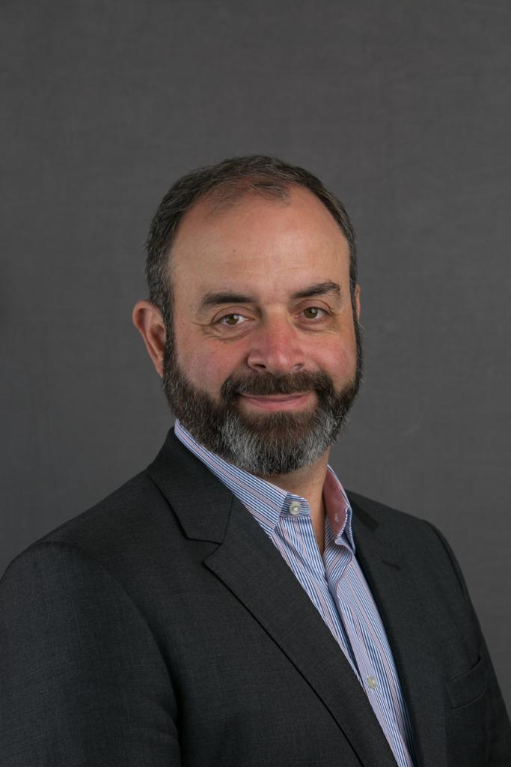