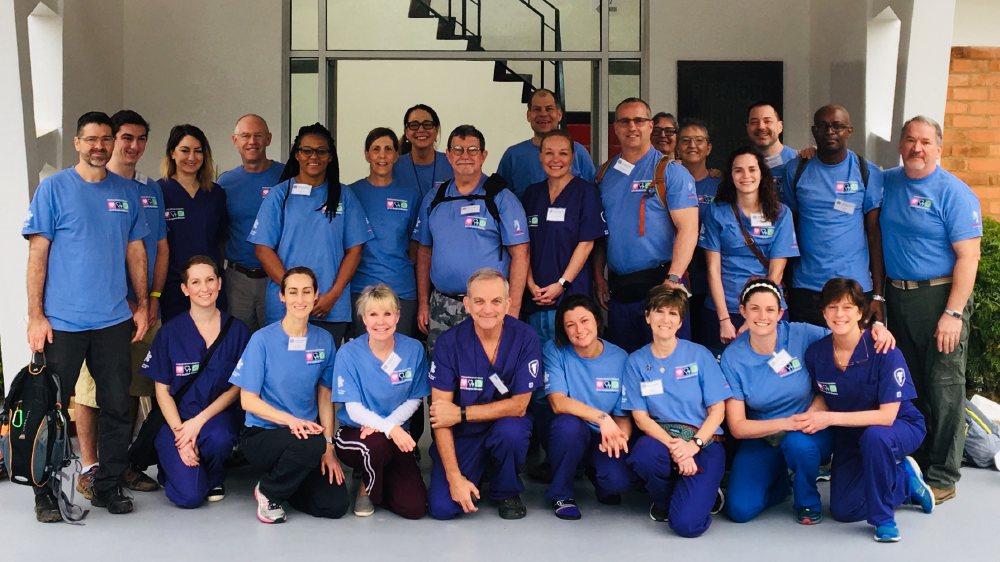 The Firestone Liberia, Inc. Medical Center, in partnership with the American surgical team, Children’s Surgery International (CSI), recently completed 91 free surgeries on the children of Liberia. The surgeries, which included cranial facial, complex urological, and a variety of general surgeries, again brought smiles to the faces of many Liberian families. This was CSI’s eighth medical mission at the Firestone Medical Center, and ninth mission in country.

The CSI medical team also conducted lectures and medical training throughout the mission. This surgical mission highlights Bridgestone Americas - Firestone Liberia’s parent company - global commitment to corporate social responsibility, Our Way to Serve, that serves as a framework for the way we do business and how we create a lasting social impact in our communities.

Prior to the commencement of the mission, members of the CSI team, along with colleagues from Firestone Liberia, worked together to deworm approximately 3,500 children in the many communities surrounding Firestone Liberia.

Speaking during a well-attended mission farewell program on Friday, January 18, 2019, the Minister of Health, Dr. Wilhemina S. Jallah, commended the CSI medical team along with their colleagues from the Firestone Medical Center for their efforts in helping the children and families of Liberia.

Lora Stage Koppel, Mission Lead Head and CSI Board Member lauded the management of Firestone Liberia, the Firestone Medical Center team, and support staff for the hard work done during its eighth mission. “You all make us feel welcome at the Firestone medical center,’’ she asserted.

The recently promoted Medical Director of the Firestone Medical Center, Dr. Benedict N. Wollor, said the CSI team and their colleagues from Duside worked tirelessly to bring smiles to the children of Liberia. He further called for closer collaboration with other medical institutions in the country to bring greater awareness to missions like CSI so those in need can get the greatest benefit.

During the closing ceremony, Firestone Liberia and CSI announced that there will be another mission in 2020, and that planning for it is already underway.

The Firestone Medical Center currently treats over 5,000 patients, company employees and their dependents, each month. In addition, Firestone Liberia collaborates with the Ministry of Health and Social Welfare and UNICEF to store and administer vaccines that help prevent a range of diseases for Liberians inside and outside of Firestone. The hospital also works with the Ministry of Health for the awareness and control of HIV/AIDS, tuberculosis and malaria.