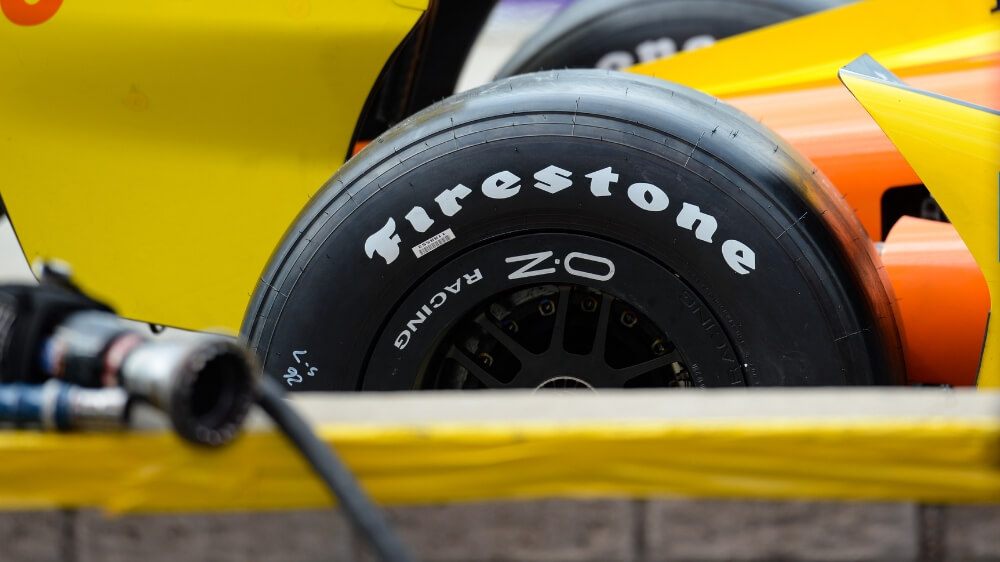 Bridgestone Americas, Inc. and County of Monterey announced a two-year agreement for the Firestone brand to be the title sponsor of the Firestone Grand Prix of Monterey at WeatherTech Raceway Laguna Seca. The announcement was made in advance of the start of the 2019 NTT IndyCar® Series season.

Firestone is entering its 20th consecutive year as the sole tire supplier of the NTT IndyCar Series, and now will bookend the INDYCAR calendar with title sponsorship races. The 2019 season will open at the Firestone Grand Prix of St. Petersburg March 8-10 and crown a champion at the Firestone Grand Prix of Monterey September 20-22. The season-ending race at WeatherTech Raceway Laguna Seca brings Indy cars back to the historic track for the first time in 15 years.

“Firestone is a time-tested brand with a rich tradition in open wheel racing, making it the perfect match for INDYCAR’s return to this iconic road course,” said Lisa Boggs, director of motorsports, Bridgestone Americas. “With this new sponsorship, Firestone now will help deliver great events for fans when the NTT IndyCar Series season goes green in St. Petersburg and crosses the finish line in Monterey – while continuing to provide world-class tire technology for every lap in between.”

From 1983 to 2004, WeatherTech Raceway Laguna Seca was the site of some of Indy car racing’s most memorable moments, including Alex Zanardi executing “The Pass” on Bryan Herta on the final lap of the 1996 finale, Mario Andretti’s emotional retirement in 1994, and Bobby Rahal’s four consecutive wins from 1984 to 1987. In kicking off a new chapter of Indy car racing at WeatherTech Raceway Laguna Seca, the Firestone Grand Prix of Monterey will be broadcast live nationally on NBC on September 22.

Located in Monterey on California’s Central Coast, the 11-turn, 2.238-mile road course owned and operated by County of Monterey is a fitting destination to determine and celebrate the 2019 NTT IndyCar Series champion. Known for its famous “Corkscrew” turn – a nearly six-story drop in elevation on an esse between Turns 8 and 8A – the track features such landmarks as the Andretti Hairpin on Turn 2 and Rahal Straight on the back straight between Turns 6 and 7.

Firestone tires have been trusted by the world’s best drivers on the track for more than a century, dating back to the winner of the inaugural Indianapolis 500® in 1911. The demands of Indy car racing on challenging circuits like WeatherTech Raceway Laguna Seca continue to serve as the ultimate proving ground for Firestone tire technology, which is ultimately incorporated into the Firestone passenger tires that are available to everyday drivers at more than 235 company-owned retail stores and authorized dealers in the Central California region.

Nashville, Tennessee-based Bridgestone Americas, Inc. (BSAM) is the U.S. subsidiary of Bridgestone Corporation, the world’s largest tire and rubber company. BSAM and its subsidiaries develop, manufacture and market a wide range of Bridgestone, Firestone and associate brand tires to address the needs of a broad range of customers, including consumers, automotive and commercial vehicle original equipment manufacturers, and those in the agricultural, forestry and mining industries. The companies are also engaged in retreading operations throughout the Western Hemisphere and produce air springs, roofing materials and industrial fibers and textiles. The BSAM family of companies also operates the world’s largest chain of automotive tire and service centers. Guided by its global corporate social responsibility commitment, Our Way to Serve, the company is dedicated to improving the way people move, live, work and play in all of the communities it calls home.