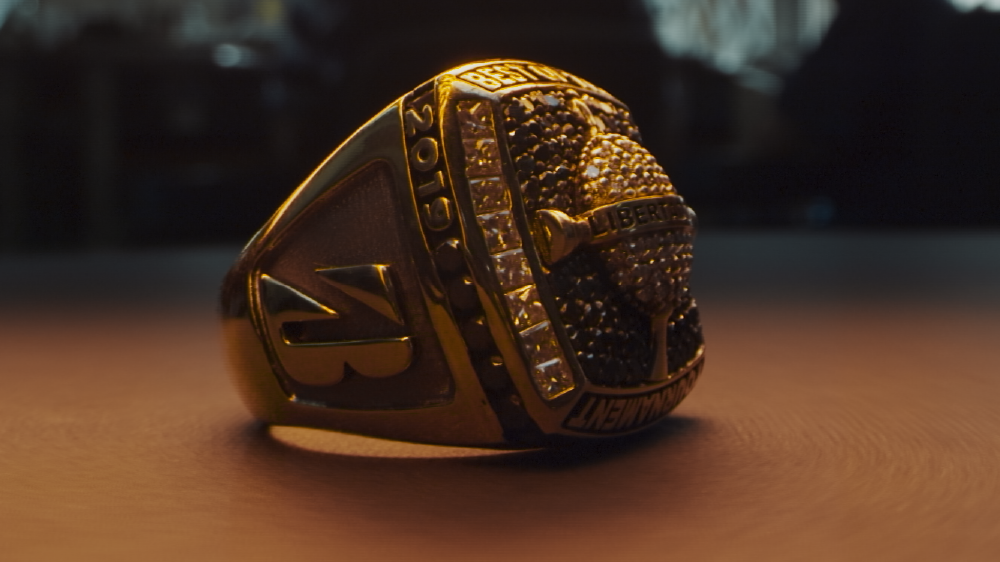 The custom-made jewelry masterpiece will be presented to the best of the tournament after the final match in Lima, Peru on November 23
Twitter Facebook LinkedIn

Bridgestone, the world’s largest tire and rubber company, has prepared something special for the final match of the CONMEBOL Libertadores 2019 tournament, which will take place on November 23 in the city of Lima, Peru. The company will celebrate the performance in the competition by awarding the best player of the tournament with a unique and exclusive ring. The winner will be voted by the fans, influential journalists and the CONMEBOL.

Designed to immortalize the player with the best performance during the tournament, the ring is made of 18-karat yellow gold, with 44 white diamonds arranged on the top, forming the image of the Libertadores cup. An impressive display of precision, each piece was inserted only millimeters apart for an exact fit within the yellow gold contour of the logo.

Also highlighted in yellow gold are the words, "BEST OF THE TOURNAMENT", and "CONMEBOL LIBERTADORES", in addition to the year and location of the match. Around the representation of the cup, there are 68 black diamonds and, surrounding the upper portion, another 16 Princess-cut diamonds. Completing the impressive masterpiece, the ring also has the Bridgestone and CONMEBOL logos on its sides.

"To be recognized as the best of the tournament is something extraordinary, and we want to honor this with an equally amazing and unique ring," declared Oduvaldo Viana, Marketing Director of Bridgestone. “This recognition is unprecedented in soccer, and Bridgestone could not have wished for a better platform than the most important soccer tournament in Latin America," explains Viana.

Bridgestone has created a special digital marketing campaign to present the ring, including three teasers showing the process of creating the masterpiece, to the production and the moment when the ring is revealed. The new campaign will be shown on the company’s social media platforms and on the FOX Sports Channel.

The awarding of the best of the tournament ring will be the first award ceremony to be held after the grand final. To choose the winner, Bridgestone pre-selected the players, and the fans will be able to vote on their favorite players directly on www.fanbridgestone.com. Voting began on November 20 and will remain open until the end of the match on November 23.

Headquartered in Tokyo (Japan), Bridgestone is the largest tire and rubber company in the world (according to a survey conducted by Tire Business - Global Tire Company Rankings, based on the sales of tires in 2018). In addition to manufacturing tires for use in a wide variety of applications, Bridgestone also operates in the industries of pneumatic springs, chemical products for applications in civil construction, such as waterproofing materials, industrial rubber, and sporting goods, among others. Its products are sold in over 150 countries worldwide.

Bridgestone do Brasil is a branch of Bridgestone Americas Tire Operations Latin America (BATO LA)), which in turn is a subsidiary of Bridgestone Americas, Inc. (BSAM), headquartered in Nashville, Tennessee. BSBR has two tire factories, in Santo André (SP) and Camaçari (BA), and two tread area factories, in Campinas (SP) and Mafra (SC). The company owns the brands Bridgestone and Firestone of tires for cars, SUVs and pickups trucks, trucks and buses, tractors and off-roads, and industrial vehicles, and Bandag for treads. The company services the Brazilian markets of replacement, which covers the entire network of resellers and original equipment, formed by vehicle manufacturer industries, in addition to exporting to countries of Central and South America, the Caribbean, Mexico, and the United States.