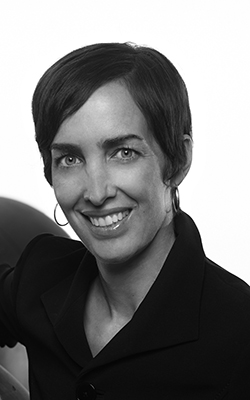 The streets of St. Petersburg are an ideal proving ground to showcase the durable, dependable technology built into Firestone tires.

The 2018 Firestone Grand Prix of St. Petersburg marks the Firestone brand’s fifth year as title sponsor, having begun its entitlement in 2014. The race has served as the season opener of the Series for the past seven years, providing Firestone with a great venue to engage race fans and consumers, while showcasing its best-in-class tire technology.

“We are proud to continue our title sponsorship of the Firestone Grand Prix of St. Petersburg through 2020,” said Lisa Boggs, director, Bridgestone Americas Motorsports. “The streets of St. Petersburg are an ideal proving ground to showcase the durable, dependable technology built into Firestone tires. The support from the city and its residents, along with the team at Green Savoree Racing Promotions, has made this one of the marquee events on the Verizon IndyCar® Series circuit.”

“Our team at Green Savoree Racing Promotions is honored to continue this partnership with Firestone for an additional two years,” said Kim Green, co-owner, chairman and CEO of Green Savoree Racing Promotions, organizers of the Firestone Grand Prix of St. Petersburg.  “Firestone is one of most iconic and successful brands in auto racing history. Its impact on this event’s growth as well as the positive momentum happening in the Verizon IndyCar® Series is tremendous.”

Firestone has played an integral role in open-wheel racing for more than a century. As INDYCAR’s sole tire supplier for the 19th consecutive season, Firestone tires are trusted by the world’s best drivers on the track, including on the street course at St. Petersburg. In 2017, the Firestone brand extended its partnership with the Verizon IndyCar® Series through 2020. The demands of Indy car racing continue to serve as the ultimate testing ground for the technology incorporated into Firestone passenger tires that equip popular cars, crossovers, SUVs and trucks on the road today.

The Firestone brand has an 85-year history in the Tampa/St. Petersburg market that began with the opening of its first area retail location. The Firestone Complete Auto Care store location on Kennedy Boulevard in downtown Tampa opened in 1933 and continues to be a trusted provider of tire and automotive service for customers in the area.

Nashville, Tennessee-based Bridgestone Americas, Inc. (BSAM) is the U.S. subsidiary of Bridgestone Corporation, the world’s largest tire and rubber company. BSAM and its subsidiaries develop, manufacture and market a wide range of Bridgestone, Firestone and associate brand tires to address the needs of a broad range of customers, including consumers, automotive and commercial vehicle original equipment manufacturers, and those in the agricultural, forestry and mining industries. The companies are also engaged in retreading operations throughout the Western Hemisphere and produce air springs, roofing materials and industrial fibers and textiles. The BSAM family of companies also operates the world’s largest chain of automotive tire and service centers. Guided by its One Team, One Planet message, the company is dedicated to achieving a positive environmental impact in all of the communities it calls home.

About the Firestone Grand Prix of St. Petersburg:

Entering its 14th year, the Firestone Grand Prix of St. Petersburg is run on a 1.8-mile, 14-turn waterfront circuit that includes a combination of adjacent downtown streets circling Pioneer Park, the Duke Energy Center for the Arts, The Dali Museum and extending onto the runways at Albert Whitted Airport, which overlook the Tampa Bay and picturesque St. Petersburg Harbor and Marina. Scout.com's Stadium Journey named the Firestone Grand Prix of St. Petersburg as #2 on the list of "Top 100 Stadium Experiences of 2016." The event is owned and operated by Green Savoree Racing Promotions, which also promotes Honda Indy Toronto (July 13-15, 2018), The Honda Indy 200 at Mid-Ohio (July 27-29, 2018) and Grand Prix of Portland (August 31-September 2, 2018).