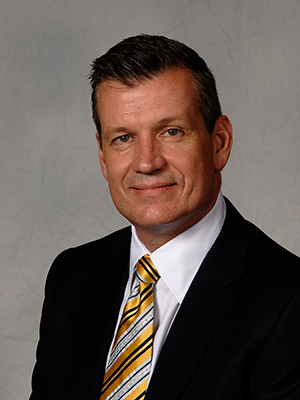 Bridgestone Americas Inc., a subsidiary of Bridgestone Corporation, the world’s largest tire and rubber company, today announced that Gord Knapp, chief executive officer (CEO) and president of Bridgestone Americas, Inc. (BSAM) has been named one of Nashville Business Journal’s 2018 Most Admired CEOs. This annual award honors Nashville CEOs who inspire those around them, hold their employees, products and services in the highest regard, run their companies with integrity and are shining examples of how all companies should be run and managed. Knapp was honored at the 2018 Most Admired CEOs and Their Companies Awards dinner on November 5 in Nashville.

As CEO and president of Bridgestone Americas since 2016, Knapp focuses on accelerating the company’s growth and helping Bridgestone achieve the vision of becoming a truly global company. He is responsible for the tire business units, marketing, the chief administrative office, human resources, legal, quality and product development at the Americas Technical Center. He also serves as a member of the Board of Directors for BSAM and Senior Vice President and Executive Officer of Bridgestone Corporation.  Under Knapp’s leadership, Bridgestone has strengthened its focus on delivering value to consumers through innovation and achieving operational excellence.

Beyond his work at Bridgestone, Knapp serves on the board of directors for the United Way of Metropolitan Nashville. Bridgestone Americas has worked to support United Way as a partner for more than many years, as Bridgestone and United Way share a common vision and values to serve the communities in which they live, serve and play. In 2018, Bridgestone again supported the United Way of Metropolitan Nashville through its annual, week-long United Way Campaign. The ongoing support included donations from Bridgestone employees and the success of its second annual Bridgestone Charitable Golf Tournament. The United Way Campaign is part of the company’s ongoing, global commitment to corporate social responsibility, Our Way to Serve. Knapp is also part of the Tocqueville Society, the world’s largest individual leadership giving society – members are United Way’s leaders in philanthropic giving.

Nashville, Tenn.-based Bridgestone Americas, Inc. (BSAM) is the U.S. subsidiary of Bridgestone Corporation, the world’s largest tire and rubber company. BSAM and its subsidiaries develop, manufacture and market a wide range of Bridgestone, Firestone and associate brand tires to address the needs of a broad range of customers, including consumers, automotive and commercial vehicle original equipment manufacturers, and those in the agricultural, forestry and mining industries. The companies are also engaged in retreading operations throughout the Western Hemisphere and produce air springs, roofing materials, and industrial fibers and textiles. The BSAM family of companies also operates the world’s largest chain of automotive tire and service centers.