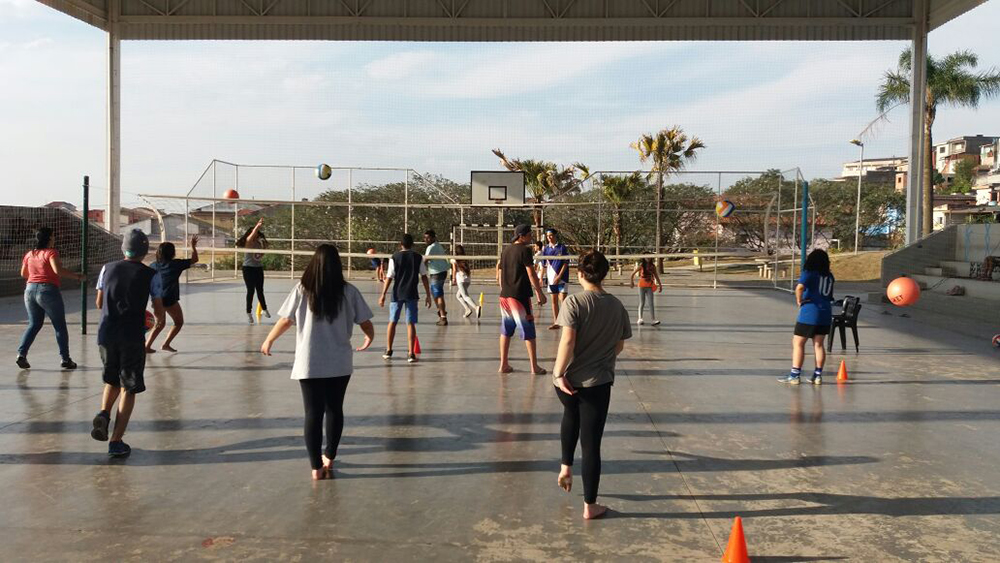 The city of Santo André inaugurated the center of the Rede de Núcleos [Network Centers], created by the Instituto Esporte & Educação [Institute of Sport & Education] (IEE) of Brazilian former Olympic medalist, Ana Moser. The project will offer sports activities for children, adolescents and adults in the region. The new center counts on the partnership of Bridgestone, through the Sports Incentive Law of the Ministry of Sports/Federal Government, and the support of the City Hall of Santo André.

The opening ceremony of the project was attended by the creator and president of IEE, former Olympic medalist Ana Moser, the mayor of the city, Paulo Serra, Secretary of Sport and Sports, Marcelo Chehade, President of Bridgestone in Brazil, Fabio Fossen, and local authorities. In addition to the official opening, activities were held for about 80 children, adolescents and adults, with basketball, futsal, volleyball and sports workshops, capoeira and gymnastics in circuit format.

“We are very happy with this partnership and the opportunity to take the work of the Network Centers and IEE to even more people, encouraging the practice of physical activity and sport for all. And that would only be possible with the support and partnership of companies like Bridgestone. It's a pleasure to be able to count on them,” says Ana Moser, president of IEE.

The Santo André Center is expected to serve about 120 people on Tuesdays and Thursdays in the morning and afternoon, offering classes in gymnastics, volleyball, football, playful activities and capoeira.

“This important partnership with Bridgestone, along with the other actions of the Sports Department of Santo André, is a milestone in the retaking of dialogues with the companies of the region, seeking to revive the sport in the city. With the IEE, we understand sport is still an instrument of education, contributing not only to the development of children and adolescents, but also involving families in the actions, the main basis for the formation of a citizen. The project also contributes to the search for a healthy life and the proposal to keep young people away from drugs and street hazards, aiming at improving the quality of life of all those involved. An important victory for the city”, says Marcelo Chehade, Sports Secretary of Santo André.

“The Network Center project in the city of Santo André is a result of Bridgestone's social responsibility culture. Partnership between the private industry, public and community is essential for building a better environment for families, businesses and civil society. We are proud to contribute to this positive legacy through the practice of sport," says Fabio Fossen, president of Bridgestone of Brazil.

The Network Center is present in the Cities of São Sebastião (SP), Embu das Artes (SP), Rio de Janeiro (RJ) and São Paulo (SP). In 2016, there were more than 8,000 children and young people served weekly and 64 teachers trained. The project is structured through local and institutional partnerships, to serve children and adolescents of communities, with regular and continuous activities. The centers serve children, adolescents and adults and are considered references in the surrounding community.