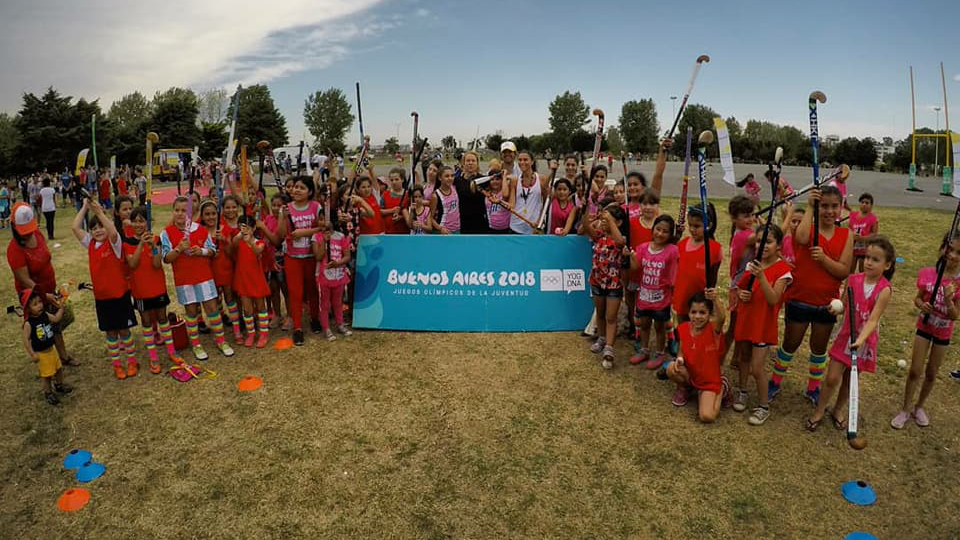 Bridgestone Argentina, a subsidiary of Bridgestone Corporation, the largest tire company in the world, is partnering with the Organizing Committee of the Summer Youth Olympic Games Buenos Aires 2018 in the development of the Olympic Festival to be held on Saturday, of December 16th from 12 p.m. to 6 p.m. in the Indoamerican Park, Villa Soldati.

The Olympic Festival is focused on promoting sports in the community, teaching about living healthy and active lifestyles, encouraging athletes to continue building strong relationships, and spreading awareness of the Olympic values. The event is free and open to the public; those interested also are able to attend by bicycle.

Through support of this Olympic Festival and the Summer Youth Olympic Games Buenos Aires 2018, Bridgestone Argentina continues to focus on driving positive change in the community. Several Olympic athletes will be present, and attendees can witness sports demonstrations from all Argentina sports federations. In addition, the event’s main stage will host featured demonstrations, talks with athletes and other activities before ending with a musical celebration.

Bridgestone proudly announced its Worldwide Olympic Partnership on June 13, 2014, making a long-term commitment to the Olympic Movement with the purpose of empowering people everywhere to overcome adversity and continue chasing their dreams. Additionally, the company intends to spread the Olympic spirit in ways that will showcase a respect for diversity, a dedication to community service, and environmental stewardship that are fundamental to both the Olympic Charter and Bridgestone’s core values.

Bridgestone Argentina is a subsidiary of Bridgestone Latin America Tire Division (BATO LA), and of Bridgestone Americas, Inc., (BSAM) based in Nashville, Tennessee. BSAR produces and commercializes a wide range of tire designs and sizes for automobiles, vans and trucks, as well as, agricultural and off-the-road machinery.  The company has a plant in Llavallol, Province of Buenos Aires, and it has been certified and awarded in every quality, safety and environmental aspect. BSAR commercializes its products through a large network of retail outlets and provides automobiles with the most prestigious original equipment. Please visit: the new digital platforms of Consumer category (car and van’s products): www.bridgestone.com.ar and www.firestone.com.ar; and Commercial category (products for trucks -transporters-, off the road and agricultural): www.bridgestonecomercial.com.ar and www.firestonecomercial.com.ar.