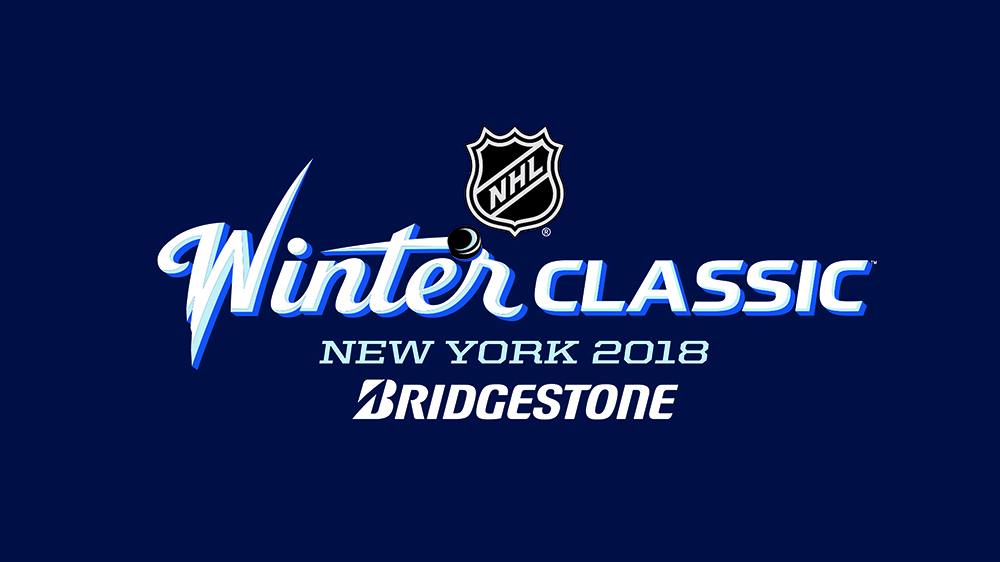 Throughout our longstanding partnership, this special game has allowed Bridgestone to strengthen its relationship with the passionate, performance-minded hockey fans in North America and around the world, and it's a privilege to help celebrate its 10th anniversary.

The 2018 Bridgestone NHL Winter Classic® will feature the Buffalo Sabres® and New York Rangers® on Jan. 1, 2018 at Citi Field, home of the New York Mets, the National Hockey League (NHL®) announced today. The New Year's Day game will be broadcast live on NBC, Sportsnet and TVA Sports at 1 p.m. ET.

"The Winter Classic made its debut under snowy Buffalo skies in 2008, and we look forward to celebrating the 10th anniversary of that landmark event by matching the Sabres with their intrastate rivals, the New York Rangers, in the 2018 Bridgestone NHL Winter Classic at Citi Field," NHL Commissioner Gary Bettman said. "With New York City as its host, the renewal of our New Year's tradition will continue to inspire hockey memories for our clubs, our players and our fans."

Both the Sabres and Rangers will be making their second appearance in the NHL Winter Classic®. Buffalo hosted the first-ever NHL Winter Classic® against the Pittsburgh Penguins, a 2-1 shootout loss in front of 71,217 fans at Ralph Wilson Stadium on Jan. 1, 2008. New York defeated the hometown Philadelphia Flyers at Citizens Bank Park at the 2012 Bridgestone NHL Winter Classic® on Jan. 2, 2012, by a score of 3-2.

Additional details on the 2018 Bridgestone NHL Winter Classic®, including ticket information and other events surrounding the game, will be announced in the coming months. Updates also will be available on NHL.com/WinterClassic.

"After hosting the first NHL Winter Classic in 2008, we are happy to be able to celebrate the 10-year anniversary by playing in the 2018 game," said Sabres President Russ Brandon. "We look forward to participating in this marquee event and helping to promote the great game of hockey on such a large scale."

"The New York Rangers are honored to once again be a part of one of the NHL's signature events," said New York Rangers President Glen Sather. "The Bridgestone NHL Winter Classic represents everything that is great about our game. Playing in the Winter Classic and Stadium Series in recent years was a tremendous experience for our organization and we look forward to yet another opportunity to celebrate the game of hockey, together with all our fans, in New York City."

The intrastate rivals have faced off in 177 regular-season games since the 1970-71 season, with the Sabres holding a 196-172 edge in points over the Rangers (BUF 81-62-34-196; NYR 71-76-30-172). In addition, the Sabres and Rangers have met twice in the Stanley Cup® Playoffs, with Buffalo winning both best-of-seven series, including their most recent matchup in the 2007 Eastern Conference Semifinals.

The 2018 Bridgestone NHL Winter Classic® continues the tradition the League established in 2008 of hosting a regular-season outdoor game at the onset of the new year. This year's edition will mark the 10-year anniversary of the first NHL Winter Classic® and highlight top talent in the League from both teams. The Sabres top scorers from the 2016-17 season include forwards Jack Eichel, Ryan O'Reilly and Sam Reinhart. The Rangers counter with forward Mats Zuccarello, who led the club in scoring in 2016-17, 2017 NHL All-Star Ryan McDonagh and veteran goalie Henrik Lundqvist.

"On New Year's Day we will once again take the game outside for the 2018 Bridgestone NHL Winter Classic," said NHLPA Executive Director Don Fehr. "The Rangers and Sabres will showcase their incredible skill before tens of thousands of fans at Citi Field, and continue the great tradition of the Winter Classic."

Bridgestone, the Official Tire of the NHL® and NHLPA, returns as title sponsor for a ninth consecutive year. Over the past decade, the Bridgestone NHL Winter Classic® has become a tentpole hockey event on the North American sporting calendar. Five of the six most-watched NHL regular-season games in the U.S. since 1975 are Bridgestone NHL Winter Classic® games. The company recently extended its partnership with the League through 2021.

"The Bridgestone NHL Winter Classic® continues to be the League's marquee outdoor game each season, as well as a centerpiece in our own strategic, season-long sports activation," said Phil Pacsi, Vice President of Sports/Events Marketing and Training at Bridgestone Americas. "Throughout our longstanding partnership, this special game has allowed Bridgestone to strengthen its relationship with the passionate, performance-minded hockey fans in North America and around the world, and it's a privilege to help celebrate its 10th anniversary."

Citi Field, home of Major League Baseball's New York Mets, is a world-class venue that has hosted numerous marquee events, including the 2015 World Series, 2013 Major League Baseball All-Star Game, and sold out concerts by Beyoncé, Dave Matthews Band, Paul McCartney, and the Zac Brown Band. This summer, the Classic East - featuring the Eagles and Fleetwood Mac - will come to Citi Field, as will Lady Gaga.

"We are thrilled and excited to host the 2018 NHL Winter Classic between the Rangers and Sabres and thank Commissioner Bettman for his support in choosing Citi Field," said Mets Chief Operating Officer Jeff Wilpon. "We look forward to providing the hockey fans in our city and state a unique setting to experience this marquee match-up and adding it to the list of unique events we have been able to bring to the ballpark."

The 2018 Bridgestone NHL Winter Classic® will be the sixth NHL Winter Classic® to be held in a baseball stadium, with the iconic New Year's Day game previously held at Wrigley Field in Chicago (2009), Fenway Park in Boston (2010), Citizens Bank Park in Philadelphia (2012), Nationals Park in Washington (2015) and Busch Stadium in St. Louis (2017).

NHL Network™ and NHL.com will provide extensive coverage live from the event leading up to and after the game. NHL Social™ will have exclusive coverage on all social platforms, including the use of the hashtag NHL #WinterClassic.

The National Hockey League (NHL®), founded in 1917, consists of 30 Member Clubs, each reflecting the League’s international makeup with players from more than 20 countries represented on team rosters, vying for the most cherished and historic trophy in professional sports – the Stanley Cup®. Every year the NHL entertains more than 250 million fans in-arena and through its partners on national television and radio; more than 10 million fans on its social platforms; and more than 300 million fans online at NHL.com. In Canada, the 2014-15 season marks the beginning of a landmark 12-year broadcast and multimedia agreement with Rogers Communications, which includes national rights to NHL games on all platforms in all languages. In the U.S., the NHL is in the fourth season of its 10-year agreement with NBC and NBCSN, the 10th consecutive season both networks have served as national television partners. The NHL is committed to giving back to the community with programs including: Hockey is for Everyone™, which supports nonprofit youth hockey organizations across North America; Hockey Fights Cancer™, raising money for local and national cancer organizations; NHL Green™, which is committed to pursuing sustainable business practices; and a partnership with the You Can Play Project, which is committed to supporting the LGBT community and fighting homophobia in sports. The NHL received three 2014 Sports Business Awards: “Sports League of the Year,” “Sports Executive of the Year” recognizing Commissioner Gary Bettman, and “Sports Event of the Year” for the 2014 Bridgestone NHL Winter Classic®. For more information, visit NHL.com.

NHL, the NHL Shield and the word mark NHL Winter Classic are registered trademarks and the NHL Winter Classic logo is a trademark of the National Hockey League. NHL and NHL team marks are the property of the NHL and its teams. © NHL 2014.  All Rights Reserved.