In recent years, BSRO has developed and executed a singular focus on driving operational excellence and delivering a consistent, world-class customer experience across our retail store network. 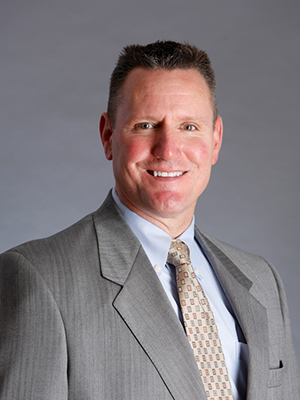 Venezia brings more than 20 years of consumer goods and retail experience to Bridgestone. He most recently served as executive vice president of global store operations at Toys“R”Us, Inc. In that role, Venezia was responsible for delivering an exceptional shopping experience across a retail network of more than 850 Toys“R”Us and Babies“R”Us stores in the United States; he also provided strategic direction and support for store operations worldwide, including sharing operational best practices. Venezia joined Toys“R”Us in 2014 as senior vice president, store operations.

Prior to Toys“R”Us, Venezia was senior vice president of operations and head of stores for The Pantry, a leading independently operated convenience store chain in the southeastern U.S. He also has held leadership positions with Walmart and Wells Fargo Merchant Services, and began his career as a brand manager at Procter & Gamble.

Venezia earned a bachelor’s degree in civil engineering from the United States Military Academy at West Point. He served as an Airborne Ranger Officer in the U.S. Army Infantry for nine years.

Bridgestone Retail Operations, LLC (BSRO) is headquartered in Bloomingdale, Ill., and operates the largest network of company-owned automotive service providers in the world — more than 2,200 tire and vehicle service centers across the United States — including Firestone Complete Auto Care, Tires Plus, Hibdon Tires Plus, Michel Tires Plus and Wheel Works store locations. Credit First National Association and Firestone Complete Fleet Care operations are also part of BSRO. BSRO is a member of the Bridgestone Americas family of companies.

Nashville, Tennessee-based Bridgestone Americas, Inc. (BSAM) is the U.S. subsidiary of Bridgestone Corporation, the world’s largest tire and rubber company. BSAM and its subsidiaries develop, manufacture and market a wide range of Bridgestone, Firestone and associate brand tires to address the needs of a broad range of customers, including consumers, automotive and commercial vehicle original equipment manufacturers, and those in the agricultural, forestry and mining industries. The companies are also engaged in retreading operations throughout the Western Hemisphere and produce air springs, roofing materials and industrial fibers and textiles. The BSAM family of companies also operates the world’s largest chain of automotive tire and service centers. Guided by its One Team, One Planet message, the company is dedicated to achieving a positive environmental impact in all of the communities it calls home.