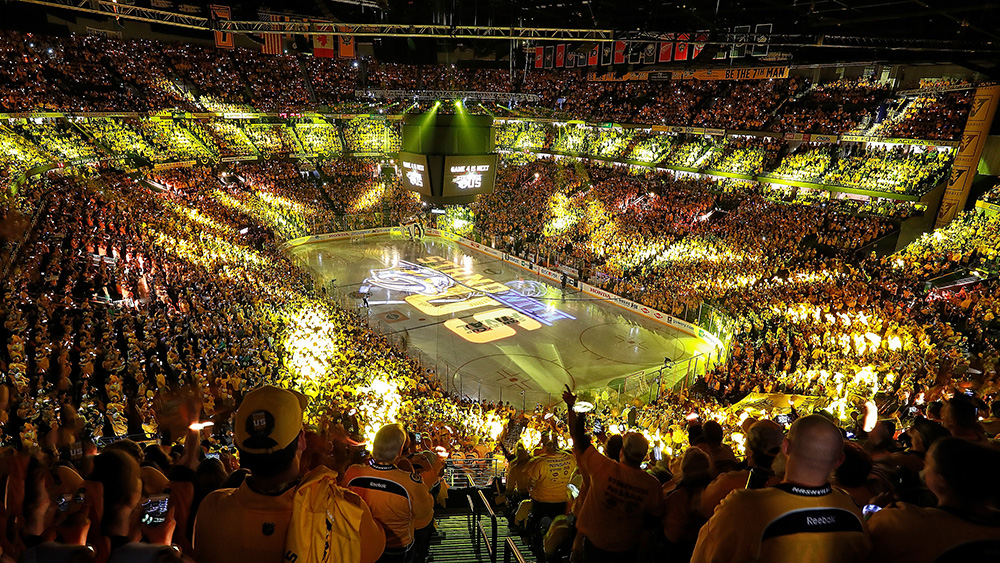 “Bridgestone is a proud supporter of the Nashville Predators, and it continues to be a great source of pride for our company and our teammates to have the arena bear our name,” said Bridgestone Americas President and CEO Gordon Knapp. “Now that our new headquarters building is located across the street from the arena, there’s even more of a connection to our city and pro hockey team. Like the rest of the world, we’ve witnessed the success of both the arena and the Preds, and we are excited to continue our partnership with a local landmark that has helped transform downtown Nashville into one of the top destinations in the country. We look forward to keeping the Bridgestone brand front and center with so many passionate fans of sport, music and the countless other world-class entertainment events hosted by this celebrated venue.”

Bridgestone and the Predators agreed to the new extension two years in advance of the conclusion of the previous five-year agreement signed in 2015. Exact terms of the agreement are not being disclosed.

“We’re ecstatic to extend our valuable partnership with Bridgestone to ensure the home of the Predators, and one of the greatest venues in North America, continues to be Bridgestone Arena,” said Sean Henry, Chief Executive Officer and President, Nashville Predators. “As the Predators gain more traction as a household sports franchise and Bridgestone Arena strengthens its position as a dynamic, must-visit site, it’s only fitting that we also bolster our relationship with a world-renowned manufacturing and innovation leader who shares our commitment to the Nashville community.”

Since Bridgestone Americas teamed up with the Nashville Predators seven years ago, the arena has skyrocketed to become one of the most successful venues in the U.S. – annually hosting more than 1 million people in the building – and the Preds were named the “best franchise in sports” in 2017 by ESPN. Along the way, Bridgestone Arena has broken attendance records and achieved a series of industry awards. Recent highlights include:

These accomplishments reflect Bridgestone Arena’s continued focus on one primary mission, which is to be the No. 1 sports and entertainment venue in North America with a Stanley Cup Champion Nashville Predators franchise as its centerpiece.

Serving as the home for numerous national and international events, Bridgestone Arena has the distinction of being one of the busiest venues in the Unites States since the doors first opened in 1996, hosting more than 20 million guests during that time. The NHL’s Nashville Predators have been the primary tenants of Bridgestone Arena since 1998 and boast one of the most unique game atmospheres in the NHL. The list of acts that have called the 2017 IEBA Arena of the Year home is lengthy and includes the Country Music Association Awards; the Country Music Television Awards; Keith Urban’s “We’re All For the Hall” benefit concerts; NCAA, SEC and OVC Men’s and Women’s Basketball Tournaments; and entertainers such as Garth Brooks, Paul McCartney, Elton John, Billy Joel, the Rolling Stones, Tim McGraw, KISS, Metallica and Lady Gaga.

The Nashville Predators became the National Hockey League’s 27th team on May 4, 1998 and have evolved from a young expansion franchise into a staple of the Middle Tennessee community in the 19 years since. The team strives each season to reach its One Goal: becoming a Stanley Cup Champion hockey team while making Bridgestone Arena number one sports and entertainment venue in the United States. With One Goal in mind, the team saw its greatest success in team history during the 2016-17 season, reaching the Stanley Cup Final.