Bridgestone Backs Five U.S. Hopefuls on the Road to PyeongChang 2018 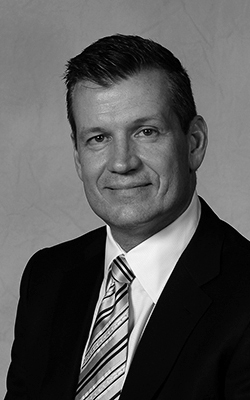 These athletes embody what it means to "Be Bridgestone." They have a drive to be the best and a commitment to performance at the highest level.

Bridgestone Americas, Inc. (Bridgestone), a subsidiary of the world’s largest tire and rubber company and a Worldwide Olympic Partner, today announced its support for five of Team USA’s top athletes on the road to the Olympic and Paralympic Winter Games PyeongChang 2018

Nathan Chen (figure skating), Elana Meyers Taylor (bobsled), Amy Purdy (para snowboarding), Evan Strong (para snowboarding) and Ashley Wagner (figure skating) have joined Team Bridgestone USA to represent the company around its first Winter Games. With a combined five Olympic and Paralympic medals, these world-class athletes have demonstrated the ability to overcome obstacles and perform when it matters most – a cornerstone of the Bridgestone brand.

“These athletes embody what it means to ‘Be Bridgestone’,” said Gordon Knapp, CEO and President, Bridgestone Americas, Inc. “They have a drive to be the best and a commitment to performance at the highest level. On top of that, they’re incredible people with stories of passion, determination and ingenuity. They inspire us to keep chasing the impossible, and we are extremely proud to help them chase their dreams.”

Team Bridgestone athletes are selected based on criteria related to the company’s core values, their personal stories, performance attributes and community involvement. Each athlete will receive financial support and access to cutting-edge Bridgestone products and technologies. As brand ambassadors, they also will participate in community, customer and employee activities leading up to and during next year’s Olympic Winter Games PyeongChang 2018.

Nathan Chen has quickly emerged as a rising star in men’s figure skating and a contender to win Team USA’s first medal in the sport since 2010. He started a revolution on the ice when he became the first person ever to land five clean quadruple jumps in a single program. Chen accomplished the feat at the 2017 U.S. Figure Skating Championships in January, winning his first U.S. national title by smashing the scoring record. He did it again one month later to claim the ISU Four Continents title at the Olympic test event in South Korea. What’s more remarkable is that the 18-year-old’s run comes just a year after a serious hip injury sidelined him for nearly five months. Chen, who was recently named one of 20 “Next Generation Leaders” by TIME magazine, has excelled with help from of an innovative off-ice training program designed by the Team USA training and performance staff.

Elana Meyers Taylor declared her intention to be an Olympian at the age of nine, hoping to represent the U.S. in softball. But when the sport was removed from the Olympic program in 2005, her Olympic dream was at a crossroads. With encouragement from her parents, Meyers Taylor transitioned to bobsled in the summer of 2007 and charted a new, history-making course. She won bronze in Vancouver as a brakewoman and then silver in Sochi as a driver, becoming the first female bobsled athlete to win a medal in both positions. The 32-year-old is also the first woman to win an international medal in a men’s event and the first American to win a women’s bobsled world championship – which she has now done twice. Meyers Taylor is from Douglasville, GA and splits her time training between Lake Placid, NY and Park City, UT. Her husband, Nic, also competes on the U.S. Bobsled Team.

Amy Purdy was an inspiration to people around the world long before her bronze medal performance at the Paralympic Winter Games Sochi 2014. She was just 19 when she lost her legs in a battle with meningitis, which also led to a kidney transplant less than two years later. Still, Purdy continued chasing dreams that even those with both legs struggle to achieve. An avid snowboarder before her life-altering experience, she returned to the sport and won three medals at the 2001 USASA National Championships just three months after receiving the kidney donated by her father. At 37, Purdy continues to be one of the top ranked adaptive snowboarders in the world and the only female double leg amputee competing at the world class level. She has also become an accomplished motivational speaker and a New York Times best-selling author, inspired millions while competing on Dancing with the Stars, and proudly co-founded Adaptive Action Sports, a non-profit organization that helps those with permanent disabilities get involved in action sports.

Evan Strong lost his left leg at the age of 17 after the motorcycle he was riding was hit by a drunk driver. A rising star on the pro skateboarding circuit, Strong connected with the Challenged Athletes Foundation (CAF) during his recovery in hopes of finding a way to ride again. He first tried snowboarding in 2007 and eventually moved from Hawaii to Lake Tahoe in pursuit of his new passion. Now 30 years old, Strong is one of the most dominant athletes in adaptive snowboarding, winning multiple World Cup titles, a Winter X Games gold medal, and a Paralympic gold medal in the debut of snowboard cross at Sochi 2014. Strong is now training for PyeongChang 2018, and also spends time mentoring youth and adult amputees through his work with Adaptive Action Sports.

Ashley Wagner began figure skating at the age of five while living in Eagle River, Alaska, one of the seven places she lived with her military family before she was ten. Wagner won a silver medal at the Junior Grand Prix Finals in 2007 and moved up to the senior level the following year. Since then she has won three U.S. national championships and reached the podium 24 times in national and international competitions, including a bronze medal in the team event at the Olympic Winter Games Sochi 2014. Wagner also claimed silver at the 2016 World Championships, becoming the first American woman in a decade to medal at the event. The 26-year-old currently lives and trains in Los Angeles, Calif., with plans of making a second straight Olympic appearance at PyeongChang 2018.

In addition to the company’s support of Team Bridgestone athletes and its standing as a Worldwide Olympic Partner, Bridgestone is a partner of the United States Olympic Committee and U.S. Paralympics through 2024. Bridgestone also became the first Founding Partner of the Olympic Channel in August 2016, signing a four-year agreement to support the groundbreaking digital platform in its mission to celebrate the Olympic Movement and the world’s greatest athletes every day of the year.