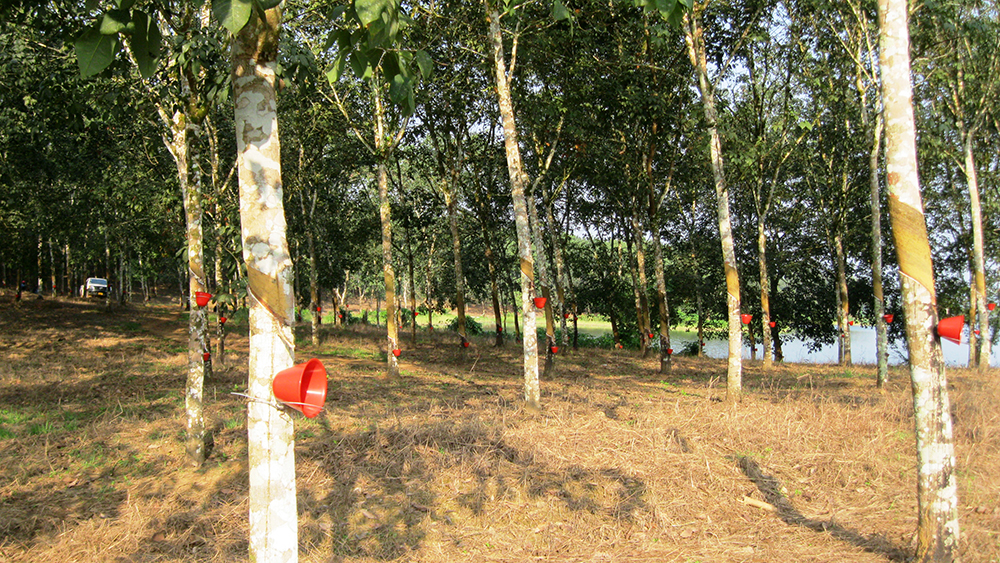 The Management of Firestone Liberia and the Firestone Agricultural Workers’ Union of Liberia (FAWUL) have signed a new Collective Bargaining Agreement covering the period of February 1, 2017, to December 31, 2018. The signing ceremony followed more than one year of negotiations between management and the workers’ union.

Speaking at the signing ceremony on Tuesday, January 31, 2017, Winleta Aynn Henries, Human Resources and Social Services Director for Firestone Liberia, described the new agreement as momentous, as it is the first agreement following the enactment of Liberia’s Decent Work Act. Henries praised negotiation representatives of both Firestone Liberia and FAWUL for the considerable investment of time and effort in reaching this agreement.

“This has truly been a noble endeavor,” said Henries. “In the future this document will provide valuable guidelines for a collective approach to decent work and also a basis for mutual understanding.”

In his remarks following the signing of the new Collective Bargaining Agreement, President and Managing Director of Firestone Liberia, Edmundo L. Garcia, praised the efforts of company employees and management for working together in the realization of the new agreement.

Garcia added, “We all should be very proud of what we have accomplished together here today.”

Garcia also expressed his hope that through mutual understanding and respect, we will not only survive the current business challenges, but continue working together.

Harris Kerkula, the President of FAWUL who spoke on behalf of the workers’ union, thanked the management of Firestone Liberia for working diligently with Union leadership to reach a mutually beneficial agreement. He further acknowledged that there were challenges during the negotiation as a result of continued low natural rubber prices and low production. Kerkula congratulated the union negotiation team members for their tireless efforts in achieving a mutually beneficial Collective Bargaining Agreement.

Also on hand for the signing ceremony was the Assistant Minister of Labor, Emmet Crayton, who thanked both parties on behalf of the Minister of Labor, Neto Zarzar, for reaching this collective bargaining agreement.  The Assistant Minister of Labor stressed the importance of continued communications between both parties so every employee understands the new agreement. He urged continuation of the positive working relationship between the management and the union, saying that along with the Ministry of Labor we all are tripartite members in the new agreement.

Also speaking during the ceremony was the Deputy Education Director of the Liberia Labor Congress, Abraham D. Nimene, who commended both parties for reaching a mutual agreement during a time that was made more complicated by the enactment of the Decent Work Act.

In addition to invited guests from the Ministry of Labor, Liberia Labor Congress, Firestone Liberia and FAWUL leadership, the signing ceremony was also attended by a number of employees including shop stewards and managers.