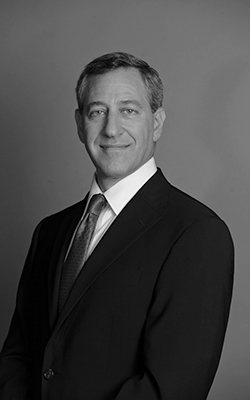 We are incredibly proud to partner with Meb, Cullen, Aly, Kelley, Khatuna, and Will, and of course an Olympic legend like Michael, for the Rio 2016 Olympic and Paralympic Games.

Bridgestone Americas, Inc. (Bridgestone), a subsidiary of the world’s largest tire and rubber company and a Worldwide Olympic Partner, today announced its partnership with six U.S. Olympic and Paralympic hopefuls who will represent the brand as members of “Team Bridgestone” for the Rio 2016 Olympic Games.

On the Road to Rio, Team Bridgestone athletes will participate in both employee and consumer-facing communications and marketing efforts leading up to and during the Games.  As previously announced, Olympic Track & Field legend and four-time Olympic gold medalist Michael Johnson has also partnered with Bridgestone and will serve as the “coach” of an internal program to offer performance-based training and inspiration to Bridgestone’s retail employees.

“Athletes are the driving force of the Olympic Games and represent the heart of the Olympic Movement,” said Gary Garfield, CEO and President, Bridgestone Americas, Inc. “They are also Bridgestone customers who drive to and from their daily training sessions and, like Bridgestone tires, are built to perform – no matter the weather conditions or the distance.”

“We are incredibly proud to partner with Meb, Cullen, Aly, Kelley, Khatuna, and Will, and of course an Olympic legend like Michael, for the Rio 2016 Olympic and Paralympic Games,” added Garfield.  “These seven individuals align closely with our company’s values and inspire us with their own passion for performance, their dedication to hard work, and a commitment to the communities in which they live, work and train.”

Bridgestone Corporation, Bridgestone America’s parent company, proudly announced its official TOP Worldwide Olympic Partnership with the International Olympic Committee (IOC) on June 13, 2014, making a long-term commitment to the Olympic Movement which extends through 2024.  The upcoming Rio 2016 Olympic Games hold a special significance for Bridgestone, not only as its first Olympic Games as an official partner, but also as the first-ever Olympic Games in South America. Bridgestone has strong ties to the region and Brazil in particular, where the company has operated for more than 90 years.

In the countdown to Rio 2016, and through 2024, Bridgestone will work in partnership with the IOC to support the Olympic Games and National Olympic Committees and teams around the world – including the United States Olympic Committee (USOC) and Team USA.

Meb Keflezighi is one of the most decorated track & field athletes in American history and is the only marathoner ever to win the New York City Marathon (2009), the Boston Marathon (2014), and an Olympic medal (2004, silver medal).  He qualified for the Rio 2016 Olympic Games with an impressive, second-place finish at the 2016 U.S. Olympic Team Trials – Marathon in February.  Rio will mark the fourth Olympic Games for the 40-year-old, who has also competed in three World Championships and won 23 USA Track & Field individual titles.

Cullen Jones was enrolled in swimming lessons at the age of five after he nearly drowned at a water park. Today, he is a two-time Olympian (2008 and 2012) and a four-time Olympic medalist.  With his record-breaking gold medal win in the men’s 4x100m Freestyle Relay in Beijing, Jones became the first African-American to break a long-course swimming world record and only the second African American to win swimming gold. He has worked throughout his career to help reduce the drowning rate among minority youths in the U.S., and to encourage diversity in swimming by introducing kids of all ages, abilities and backgrounds to the sport.

Aly Raisman, the most decorated U.S. gymnast at the 2012 London Olympics, captained the “Fierce Five” gold medal-winning women’s gymnastics team at the age of 18. In addition to her team achievements in London, she also became the first U.S. gymnast to win an individual gold medal in the floor competition. In 2013, Raisman was a finalist in the 16th season of “Dancing with the Stars.” She has her sights set on Rio and is looking to become the first American female gymnast to make back-to-back Olympic teams in more than 15 years.

Kelley O’Hara is a 2012 Olympic gold medalist and 2015 World Cup champion.  A gifted soccer player, Kelley competed for Stanford University, where she was awarded the 2009 MAC Herman Trophy, before joining the national team in 2010 and made a major impact as she played every minute of every Team USA game during the 2012 Olympic Games. The Georgia-native trains focuses on drills to build speed and endurance, ensuring she is always ready to perform at the highest level of competition.

Khatuna Lorig is a five-time Olympian, competing in her first games as a representative of the USSR in 1992, for the Republic of Georgia in 1996 and 2000, and as an American citizen for the United States in 2008 and 2012. As one of the best recurve archers in the United States, Lorig was selected to coach actress Jennifer Lawrence in her preparation for the film “The Hunger Games.”

Will Groulx is a three-time Paralympic medalist, earning two bronze medals and a gold medal while competing in wheelchair rugby in the 2004, 2008 and 2012 Paralympic Games.  In 2013 he transitioned to para-cycling and is training to compete in the Paralympic Games in 2016.  Groulx served in the United States Navy before sustaining a spinal cord injury during a motorcycle accident, and it was while recovering in a VA spinal cord injury unit that he read about the Paralympic games and vowed to one day compete himself.