Recognizing Bridgestone for its impressive global R&D investments and achievements in sustainable manufacturing, an independent jury of top tyre industry experts has voted Bridgestone “Tire Manufacturer of the Year” in the 2016 Tire Technology International Awards for Innovation and Excellence.

The announcement was made at a gala ceremony during Tire Technology Expo in Hanover, Germany on 17th February, where Mr. Eduardo Minardi, Executive Chairman and CEO of Bridgestone EMEA region received the award on behalf of Bridgestone Corporation.

“Everyone in Bridgestone is hugely proud to receive this recognition. R&D and innovation lie at the heart of all our activities, it is the only path that can lead us to a sustainable future” said Minardi in his acceptance speech. 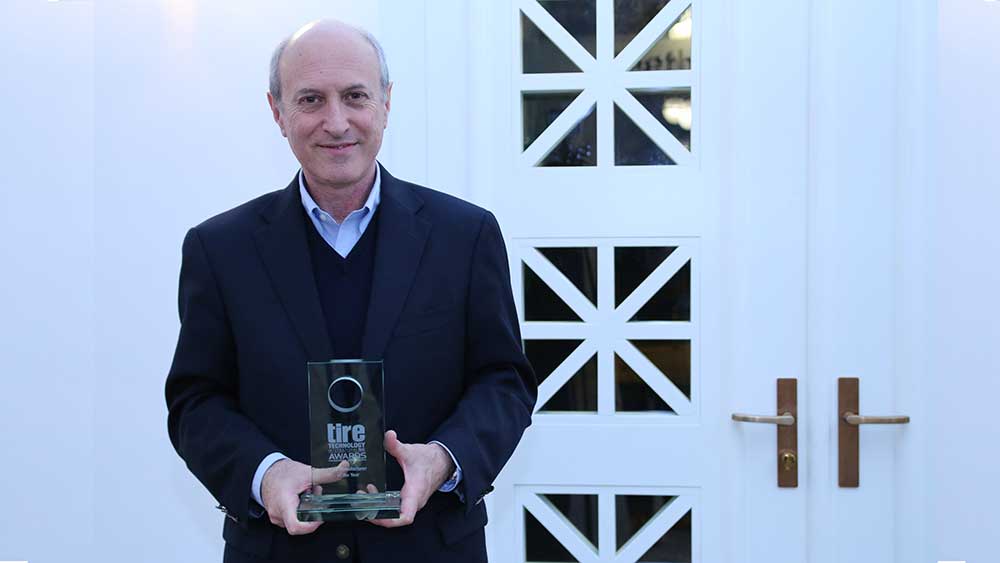 The judges applauded several Bridgestone achievements in R&D and sustainable manufacturing during 2015, including a $250 million investment in Tokyo, Japan for facilities to foster open innovation based on industry-government-academia partnerships.

Commenting on this R&D reorganization, Mr Graham Heeps, editor, Tire Technology International magazine and chairman of the judging panel, stated at the ceremony, “Many congratulations to Bridgestone. Part of that reorganization will include increased collaboration with external companies. Bridgestone, like other tire makers, has recognized that future tires will demand innovations from outside the traditional tire industry, with materials and electronics as key areas of focus. It’s a welcome change in an industry sometimes characterized by a secretive, inward-looking approach.”

The judges cited three other Bridgestone achievements in 2015:

In addition to the projects cited above, judges were impressed by Bridgestone’s overall commitment to growth through R&D investment, as Mr Flavio Farroni, research fellow at University of Naples Federico II, Italy, demonstrated, “The Bridgestone company, and in particular the Bridgestone Technical Center Europe, increased its know-how, staff and R&D budget during 2015. It’s a clear signal of a company strongly motivated to grow in the coming years, strengthening its reference position in the tire development and production field.”

This is the 5th time that Bridgestone has won a Tire Technology award since the programme was introduced in 2008. In the inaugural year Bridgestone also scooped the Tire Manufacturer of the Year award, followed by Technology awards for its Contact Area Information Sensing technology (CAIS) in 2012 and Ologic reduced-rolling-resistance technology in 2013, and the Environmental Achievement of the Year award in 2013 for the new Americas Technical Center in the USA.

Bridgestone Europe (BSEU), with European headquarters in Brussels, Belgium, is a key regional subsidiary of Tokyo-based Bridgestone Corporation, the world’s largest manufacturer of tyres and other rubber products. Bridgestone Europe operates an R&D center, 10 plants and offices in more than 30 European countries, with 12,500 employees. BSEU’s premium tyres are sold both within Europe and globally.

About the Tire Technology International Awards for Excellence and Innovation

For more details, go to www.tiretechnology-expo.com.