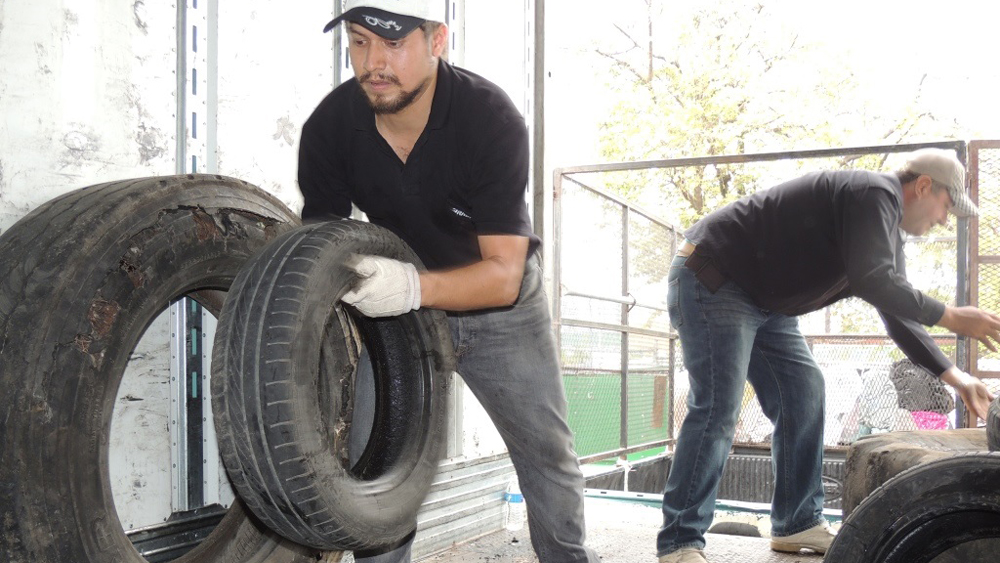 After four editions, 23,235 used tires were collected, equivalent to 213 tons. Nine municipalities at Morelos State participated in tire collection. Due to its success in Temixco, the municipality will install a permanent collection center
Twitter Facebook LinkedIn

Bridgestone, the world leader in tire manufacture and other diversified products, together with officials from the Ministry of Sustainable Development, the Ministry of Health, the Secretary of Environment and Natural Resources (SEMARNAT) and representatives of the municipalities of Temixco and Cuernavaca, announced the results of the 4th Edition of Llantaton 2016.

"This program has been possible thanks to the effort between private sector, government and the communities in Morelos. In this edition, we had the participation of 43 Bridgestone volunteers, who provided 418 man hours to the cause,” said Daniel Benvenuti, President of Bridgestone Latin America North, BS-LAN.

During the ceremony, the Ministry of Sustainable Development gave recognition to executives of Bridgestone Mexico and representatives of the Ministry of Health in Temixco and Cuernavaca respectively, for the implementation of Llantaton program and their commitment to environmental care.

"In Morelos State, we are implementing a strategy for an Integrated Solid Waste Management, in which Llantaton represents an important initiative ensuring the correct disposal of used tires, thus  preventing the proliferation of breeding sites for Dengue, Chikungunya and Zika,” said Mr. Topiltzin Contreras MacBeath, Secretary of Sustainable Development,.

In addition, Mayor of Temixco, Irma Camacho, thanked the support received from the Ministry of Sustainable Development and Bridgestone Mexico for their commitment to the environment, and announced that Temixco will have a  permanent collection center where citizens will be able to deliver used tires, thus preventing blockages in streets, gullies or rivers.

It is through Llantaton program and other activities that Bridgestone Mexico reinforces its commitment to ensure a healthy environment to the present and future generations.

Bridgestone Mexico is a subsidiary of the Bridgestone Latin America North (BS-LAN) business unit, which is part of the Bridgestone America Tire Division (BATO LA) and Bridgestone Americas Tire Operations (BATO), headquartered in Nashville, Tennessee. BSMX manufactures and markets passenger and light truck tires, as well as truck and bus, agricultural and off road tires. The company owns a plant located in Cuernavaca, Morelos for tire manufacture, and a second plant for the manufacture of retread materials in Leon, Guanajuato; both plants are certified and awarded in all areas of quality, safety and environment. BSMX markets its products through a network of dealers and retailers and provides products to original equipment manufacturers. For more information, visit: www.bridgestone.com.mx