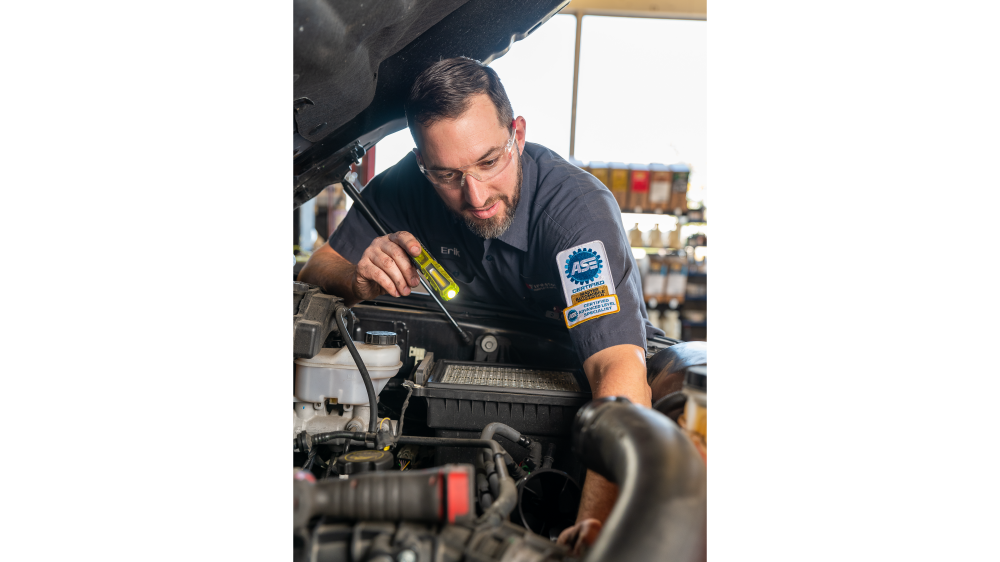 Erik joined Bridgestone Retail Operations (BSRO) as a General Service Technician in 1999 with no professional automotive service experience or formal education. He was nominated for this award by Chris Blanchette, Director, Technical Operations and Glenn Dahl, Manager, Technical Development for BSRO. As stated in the nomination, "Erik began his career with the drive and the dream to one day master the role of a tech. He took advantage of all the training available to him over the years and is now an ASE Automotive Master Certified technician with the L1 Advanced level certification. He is a die-hard stickler for making sure that every car repaired at his facility is done right the first time―even if he isn't the tech who serviced the vehicle. This includes making sure that the customer’s vehicle is at least as clean as it was before being serviced. He always comes in early and often stays late to ensure all vehicles are ready when promised."

This is not the first time Erik has been recognized for his commitment to the customer, his store team and to developing his career development. In fact, the Appleton lead technician was named the BSRO ASE Technician of the Year in November 2018 and has been called upon to share his inspiring story with teammates and others who may be considering a career with Bridgestone.