BSRO National Leadership Conference, attended by 2,800 employees, exemplifies what it means to Be Bridgestone 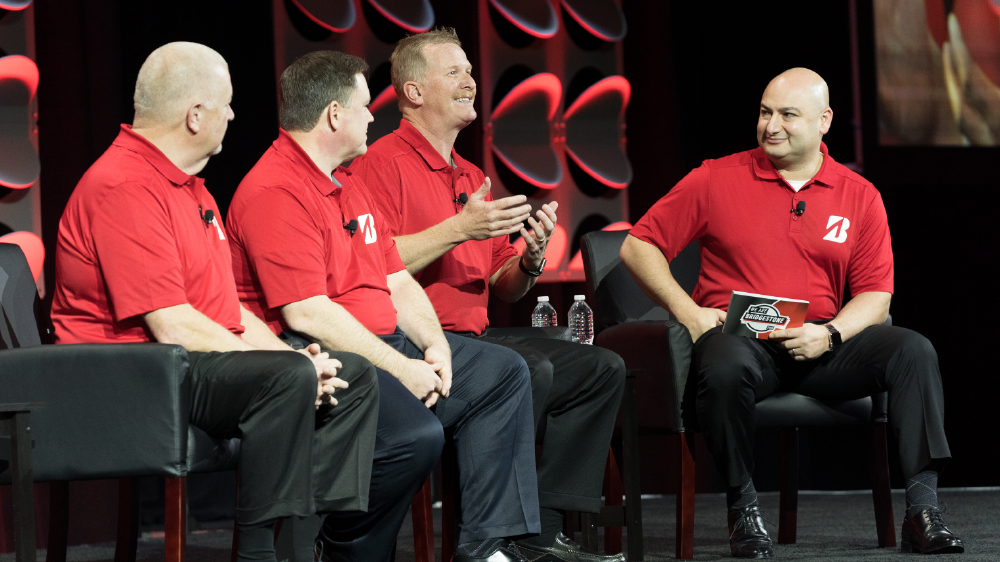 More than 2,800 Bridgestone Retail Operations (BSRO) employees attended the 2019 National Leadership Conference (NLC) at the Hilton Anatole in Dallas, January 28-30. It was the first gathering of all store managers since 2015.

The theme, "We are Bridgestone," resonated throughout presentations and breakout sessions. Joe Venezia, President, BSRO, and other speakers including Gord Knapp, TJ Higgins, Philip Dobbs, Marko Ibrahim, Brian Zempel, Dave Nientimp, Monica Stoica and Randy Street talked about how BSRO built the foundation for disciplined execution in 2018 and identified the strategic priorities for 2019. In breakout sessions, Store Managers were given the tools to focus their teams on what it will take to drive Breakthrough Growth.

BSRO presented the Boys & Girls Clubs of America with a check for $2.8 million, funds raised with the support of the Boss and key vendor partners. Four-time heavyweight boxing champion, Evander Holyfield, and the Youth of the Year from the Boys & Girls Clubs of Greater Dallas, Joan, each shared their stories and talked about how their Club experiences shaped their character and developed them into leaders. In Evander's case, his Club in Atlanta was responsible for introducing him to boxing at the age of eight.

During the awards ceremony, 46 national awards were presented to the organization's top store, area and region leaders for achievements in service, sales, profits, safety and more. Matt McCorvie and his Hixson Firestone Complete Auto Care team in Chattanooga, Tennessee, were recognized as the Store Team of the Year. Additionally, the prestigious Bill Perdew Lifetime Achievement Award was presented to Jerry Schuster, Procurement Manager.

BSRO employees were provided with a conference app to help them stay informed about event details, to participate in the Connected Classroom environment during the interactive breakout sessions, and to connect with one another quickly. On the second night, BSRO employees and vendor partners were treated to a private event at the AT&T stadium, home of the Dallas Cowboys. Wrapping up the three days, the conference closed with a pep rally where 2,800 employees joined in the Bridgestone cheer.

Below are just a few testimonials from employees who attended the conference: