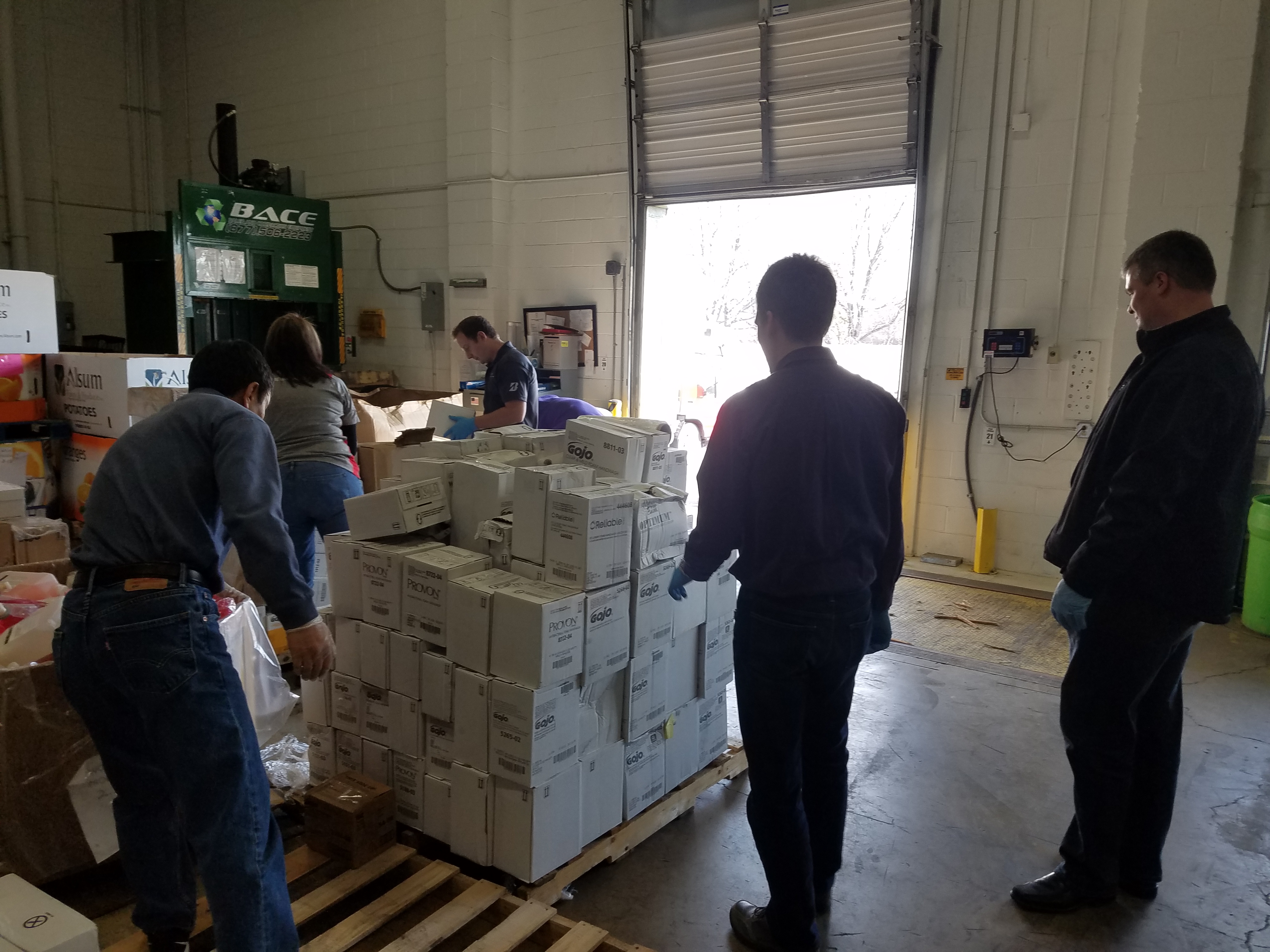 Akron teammates recently raised an impressive $17,469 for the Akron-Canton Regional Foodbank through the 2018 Harvest for Hunger campaign. Led by Nicole Squire, Director, Core Materials Science, and with the support of teammate group coordinators, the campaign raised funds through multiple fundraising activities including basketball, ping pong and euchre tournaments, a gift basket raffle and taste of Bridgestone food sampling. Teammates were also encouraged to "feed the pig" by donating their change from their lunch purchases in the cafeteria throughout the month.

In addition to fundraising activities, several hundred pounds of nonperishable food items were donated during the campaign. Twenty-six teammates volunteered at the food bank to sort and package food for distribution. Their efforts provided several hours of valuable volunteer support, which resulted in the equivalent of more than 12,000 meals to those in need in the Akron area community.

We are proud of our Akron teammates for their efforts demonstrating ​Our Way to Serve​ in their community!​