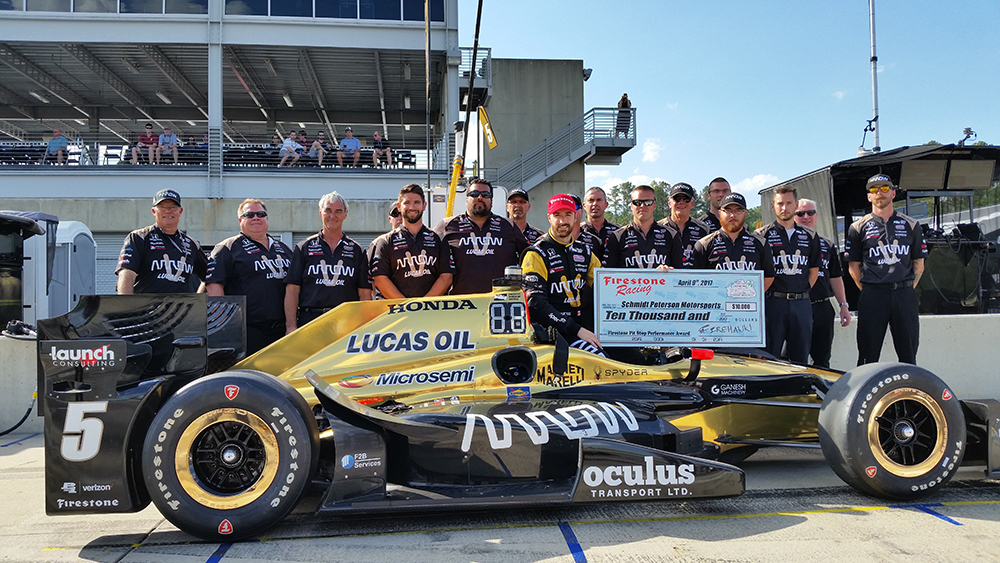 ​Nashville native and rising star Josef Newgarden earned his first victory of the 2017 Verizon INDYCAR Series on April 23 at the Honda Indy Grand Prix of Alabama. The achievement is Newgarden's first win as a member of Team Penske, a fitting milestone as Newgarden won his first-ever INDYCAR race at Barber Motorsports Park in 2015.

As the official tire of the Verizon INDYCAR Series, our Firestone Racing engineers delivered more than 1,400 tires, including seven sets of Primary tires, four sets of Alternate tires and five sets of Rain tires for every entry.

"Man, the Firestones, they make you work for it," said Newgarden after his win. "You really lean on these things hard with Indy cars, and for the tires to hold up with these types of machines is a testament to what they do."